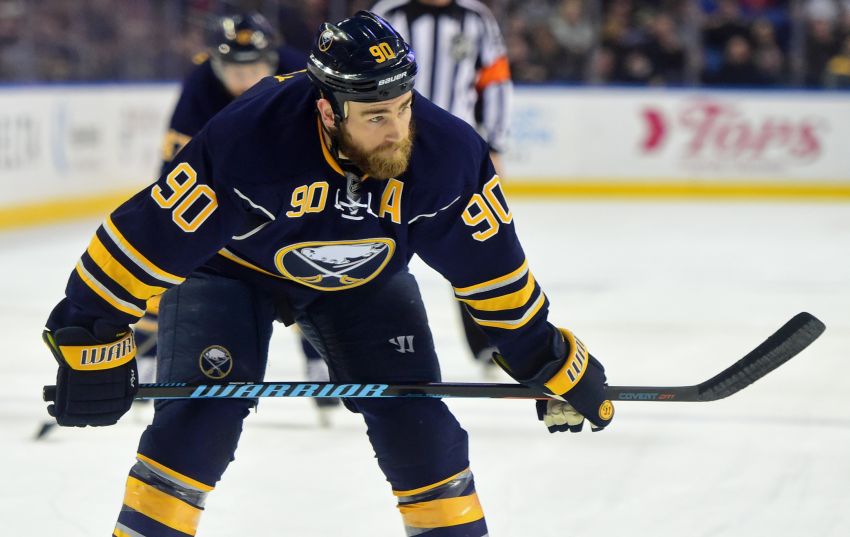 On Jan. 8 in Chicago, O’Reilly scored his 17th goal. At that point, halfway through the season, the NHL All-Star was on pace for a career-high 34 goals.

In that odd 24-game run, which was interrupted when a broken foot sidelined him 11 games, O’Reilly accumulated a gaudy 18 assists – 49 percent of his season total – to go beside his zero.

Throughout his career-long goal slump – he, ironically, had three 23-game goal droughts in his first two seasons – O’Reilly kept producing.

“He’s been providing a ton of offense for us,” said coach Dan Bylsma, whose Sabres host the Toronto Maple Leafs tonight at the First Niagara Center.

Early on, the slump bothered O’Reilly, who’s notoriously hard on himself. Bylsma said “it was wearing on him a little bit” and he “could sense the frustration in his game.”

“It was for a while there,” O’Reilly said Tuesday inside Consol Energy Center before scoring. “I was getting really frustrated there. You look at the goals, it’s outcome focused, and that’s something you can’t control. You only control how you shoot the puck, how you skate, how you get to certain areas, and that’s what I’ve tried to focus on.”

Still, O’Reilly was hardly happy following the loss, a contest in which the Sabres blew a 3-0 first-period lead. He missed in the shootout against Penguins goalie Matt Murray, making him scoreless in six attempts this season.

“I’m a bit more frustrated in the shootout,” he said. “I think I haven’t scored one this year. Look at all the shootout games we’ve lost. That’s a major reason why we’re not in the playoff picture.”

While the versatile O’Reilly went 81 days between scoring goals and hasn’t been successful in shootouts, he’s enjoyed one of the best seasons by a Sabres forward in recent memory.

His 55 points, as many as he had in 82 games last season, still leads the team. He could hit 20 goals and 60 points for the second time in his seven-year-career if he finishes strongly. In an attempt to ignite O’Reilly’s goal scoring, Bylsma switched his No. 1 center to the left wing on the team’s top two lines Tuesday.

The Buffalo chapter of the Professional Hockey Writers’ Association nominated him earlier this week for the Masterton Trophy, an award given for dedication to hockey. Long after most of his teammates have left, O’Reilly is usually still on the ice working on drills.

“I don’t think I’ve been my best,” he said about his season. “I think there’s been times I’ve done well, grew in certain things. Again, there is a lot of room for improvement. Going forward with the guys on this team, I’m going to need to be a big voice leading the way.

“Myself, I was a little too inconsistent with creating offense, putting the puck in the net. Going forward, going into next season, it’s going to be a huge thing.”

Next season, the first year of O’Reilly’s seven-year, $52.5 million contract kicks in. When he left the Colorado Avalanche in the June 26 blockbuster trade, he wasn’t sure what to expect from Buffalo.

“It’s a lot better than I expected,” he said. “I didn’t know much coming into it, just only from my short time here, just driving by. But getting through the neighborhoods and going to all these different great restaurants and meeting all these people that are super Sabres fans, it’s great.

“It’s a great hockey town. I can sense they want a team and they want players who are going to work hard. So it’s nice to be a part of that.”

Penguins superstar Sidney Crosby on Sabres rookie center Jack Eichel, one of the NHL’s biggest young stars: “I haven’t seen a ton. You see him on the highlights. I feel like he’s on there every week. He’s got great hands, amazing speed. That’s probably the biggest thing that sticks out right away is his speed. He looks like he’s really comfortable out there. He’s confident with the puck, makes a lot of plays. I think he’s done a great job his first year here.”