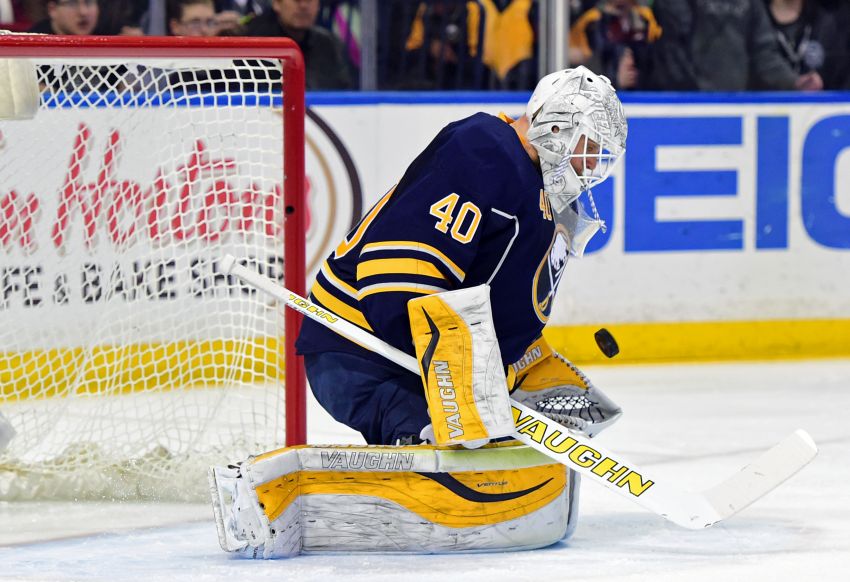 BUFFALO – As Ryan O’Reilly nears the three-week mark of his injury, the Sabres are starting to see more of their No. 1 center around the rink.

“He’s even chirping the coaches a little bit in practice,” Bylsma said this afternoon. “He’s trying to get as close as he can to the ice right now.”

O’Reilly, who’s out three to four weeks, could be back on the ice soon. Bylsma has said he could start skating later this week.

In other injury news, Bylsma said defenseman Cody Franson (neck) could skate by himself soon.

Meanwhile, goalie Robin Lehner, who was yanked after allowing three goals in 26 minutes Tuesday, will start Thursday in Montreal. Lehner wasn’t happy about leaving the game following the 4-2 loss to the New York Rangers.

“I thought he was attentive and sharp and eager to get back in net,” Bylsma said about Lehner’s practice performance today inside the First Niagara Center.