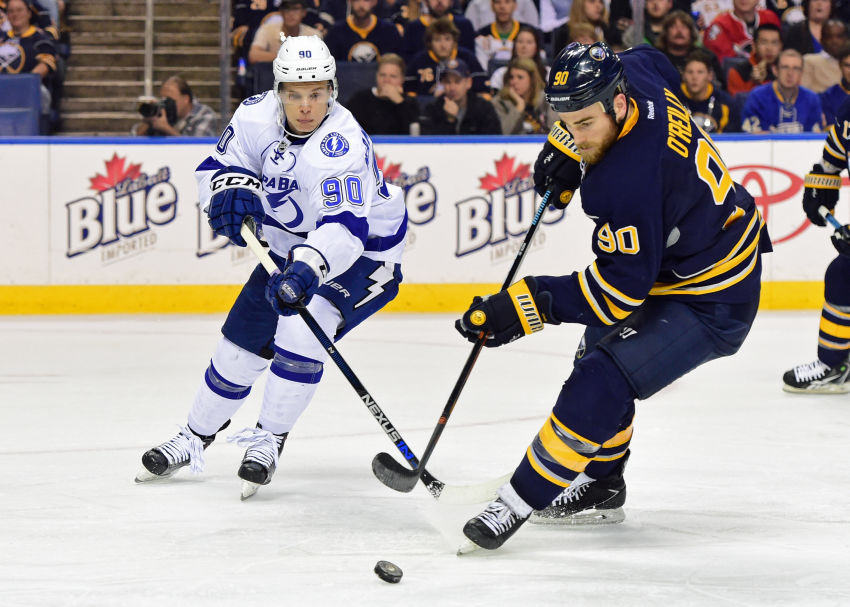 BUFFALO – Ryan O’Reilly and Tyler Ennis, the Sabres’ top center-wing duo all season, will be broken up to start this afternoon’s game against the Vancouver Canucks, coach Dan Bylsma said.

“There’s not a lot to it,” Bylsma said this morning. “Tyler’s pressing a little bit in certain circumstances, certain situations. I think maybe just a different look for our line in terms of possibly playing a team that has one line that’s their top line, maybe a different look for Ryan O’Reilly to go up against that line for a big portion of the game.”

Ennis has three goals and six points in 11 games.

Bylsma knows he has players who are pressing.

“Without question, I think we have a couple players who are sitting on zeros and they know it,” he said.