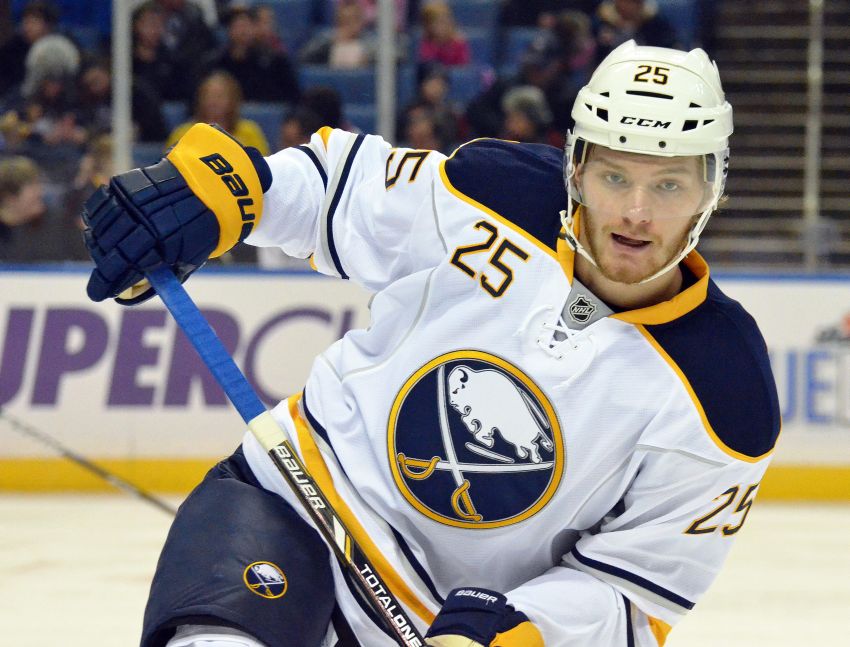 BUFFALO – Coach Lindy Ruff likely won’t reveal the Sabres’ plans for first-round pick Mikhail Grigorenko until Friday, when teams must have their rosters set by 3 p.m.

Still, questions about Grigorenko’s status will be asked all week.

So, Lindy, will he receive the five-game trial available for junior players?

“It’s too early to say,” Ruff said this afternoon following practice inside the First Niagara Center. “He had a good scrimmage (Monday). He had a good practice. Obviously, you like his hands. So far, his compete inside practice drills is good. His compete (Monday) was good. So there’s a lot of things to like about what he’s done so far.”

Ruff said the 18-year-old center has “come a long ways.”

“Even from a year ago,” he said. “I think even from the start of the year until now he’s grown as a player. There are two schools of thought with that. It’s put him in play or make sure that he’s ready.”

“I think Sabres fans should be extremely excited about this kid,” the winger said. “Management, throughout, I think they know what they drafted in him. His presence … off the ice, he’s already got a man’s body at 18 years old. He comes out there with a skill set, the calmness, the characteristic of being a great center in this league.”

Ott saw Grigorenko’s skills the “first time I touched the puck with him.”

“I think that was fun for myself just to know this kid has a serious chance to make this team,” Ott said.

Having played with some terrific center over the years – Jamie Benn, Mike Modano, Pierre Turgeon and others – Ott speaks from experience.

“It’s fun to have that 18-year-old kid with the energy he’s bringing, his skill level, his size and the potential he has to be a superstar in this league someday,” Ott said. “It’s the building blocks that are starting right now.”