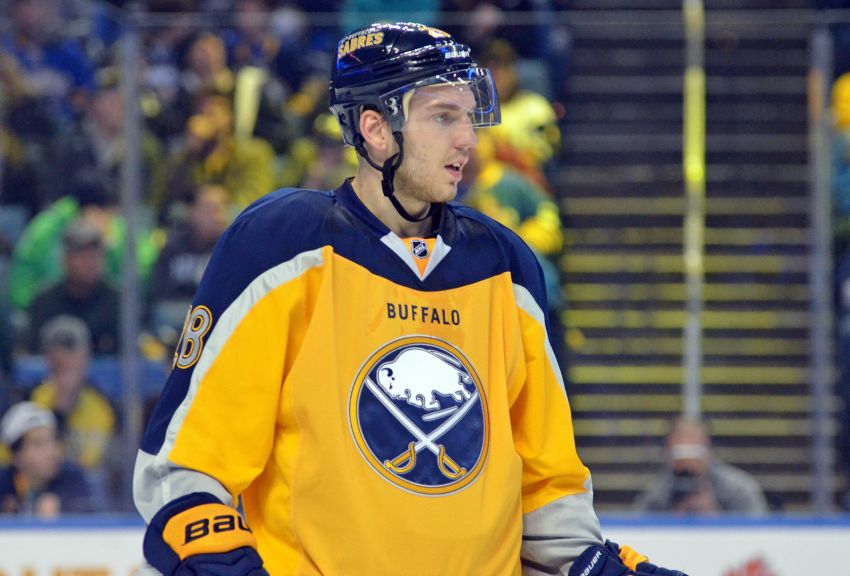 The Latvian winger scored twice in the Sabres’ first exhibition game, a 5-4 shootout win against the Canadiens. Of course, preseason openers are often filled with junior and AHL players with little or no chance of making the big club.

“That was a big game, definitely,” Girgensons said this morning after the Sabres prepared for tonight’s tilt. “I scored two goals last time here.”

The 19-year-old hasn’t scored much since then, however. Twenty-eight games into his first season, he has one goal, which he scored opening night.

“I need to bury some chances,” he said. “So I hope it could be a turnaround with what I had here, just kind of flash back.”

Girgensons, the 14th overall pick in 2012, has scored at every level. Why can’t he bust through in the NHL?

Girgensons lost some shifts in Thursday’s 3-1 loss to the New York Rangers.