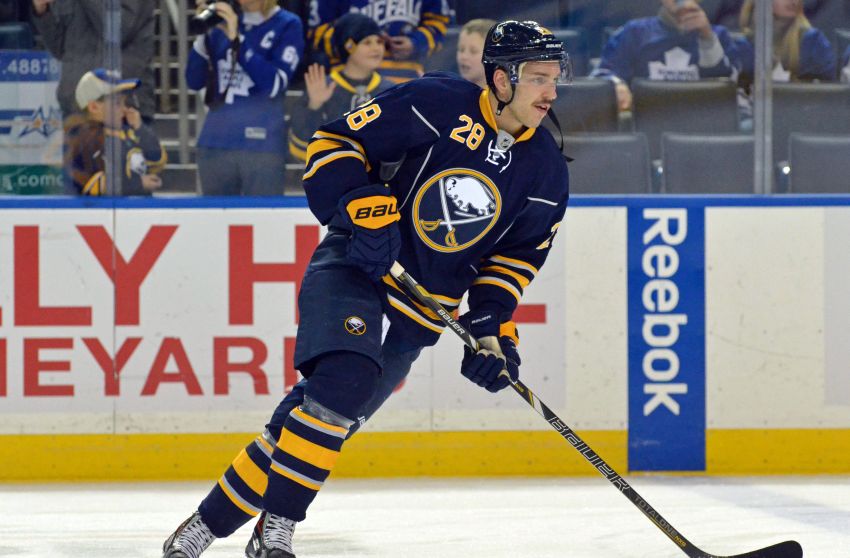 The ferocious Latvian winger scored twice in the Sabres’ first exhibition game, a 5-4 shootout win against the Canadiens. Of course, preseason openers are often filled with junior and AHL players with little or no chance of making the big club.

“That was a big game, definitely,” Girgensons said Saturday prior to scoring in the Sabres’ 3-2 loss to the Canadiens, his first goal since opening night. “I scored two goals last time here.”

The 19-year-old had been mired in a 27-game goal drought. He was hoping his return to Montreal would buoy him.

“I need to bury some chances,” Girgensons said before the game. “So I hope it could be a turnaround with what I had here, just kind of flash back.”

About eight hours later, Girgensons scored one of the Sabres’ niftiest goals this season, undressing star P.K. Subban high in the slot before roaring in on Habs goalie Carey Price and stuffing it in 4:04 into the third period.

Why hasn’t he busted through in the NHL yet?

He added: “I’ve been hard on myself, too. I definitely need to score more than two goals.”

Girgensons lost some shifts in Thursday’s 3-1 loss to the New York Rangers, although he assisted on Tyler Ennis’ goal.

That coach, Ted Nolan, has known Girgensons since taking over the Latvian national team in 2011. Nolan believes Girgensons possesses “building blocks” – strong character and the will to improve, he said – that should help the youngster’s development.

“I’ve known the kid now for three years and watched him play,” the interim coach said. “He does this all the time. It’s one of those things with maturity and when his body matures, he’s going to be better and better. One thing you can’t teach somebody is that work ethic he has.”