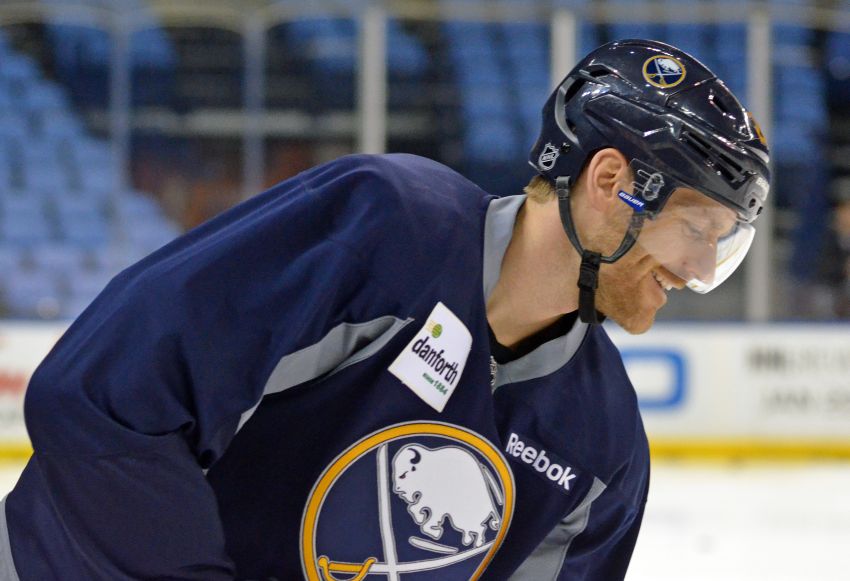 Veteran defenseman Henrik Tallinder’s set to return from a hand injury tonight against the Florida Panthers. Sitting the 22-year-old Pysyk makes the most sense.

“It’s not his play,” Nolan said this morning inside the First Niagara Center. “He’s been playing pretty well lately. It’s just he’s younger and (played) a lot of games. There’s a possibility he might go down to the farm team to play during the (Olympic) break. So that’s a lot of games for a young guy to play. More of just a precautionary day and rest day.”

Tallinder, out the last eight games, will likely be paired with Tyler Myers again. Myers has been skating with Mike Weber.

The Sabres will make one other lineup change, inserting winger Linus Omark for center Zenon Konopka. Omark will play beside Cody Hodgson and Steve Ott following a two-game absence

Omark has one assist in nine games and only three shots.

“If you watch some of our practices, he’s pretty skilled,” Nolan said. “He has great vision for the ice. He knows where to go. He knows all the moves. He has everything. But in the game it doesn’t transfer into games. We just got to get him to be a little more gritty. Playing with a guy like Steve Ott, that’ll bring that side of it.”

Goalie Ryan Miller will start against the Panthers, who upset the mighty Penguins 5-1 Monday in Pittsburgh.