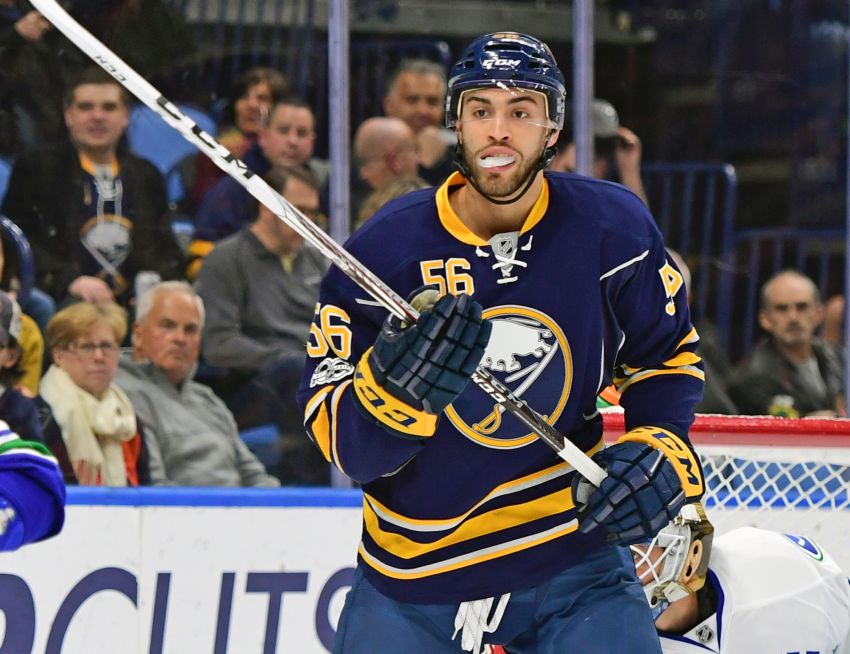 Over the past year, the Williamsville native has morphed into a lethal AHL scorer, compiling 39 goals with the Rochester Americans, including 19 in 39 games this season.

Sooner or later, Bylsma thinks that scoring prowess will translate to the NHL. Bailey has one goal and two points in 14 games this season, his only points in 23 NHL appearances.

“I look at his history of scoring in the American League this year, how he’s done it,” Bylsma said Sunday prior to the Sabres’ 4-2 loss to the Vancouver Canucks inside KeyBank Center.

Bailey, 21, has done it through aggressively utilizing his slick speed and heavy shot.

“You just watch him in practice, his shot,” Bylsma said. “He can score goals. I feel like if he keeps getting that opportunity, putting himself in those situations to get those scoring chances, he’s going to be a guy who finds the back of the net.”

Right now, Bailey has the best chance of his career. Bylsma recently promoted him to the left wing beside No. 1 center Ryan O’Reilly and top scorer Kyle Okposo, a spot rookie William Carrier often occupied before he injured his knee.

“Those are two special players,” Bailey said. “When you get to play with them, you see why they have so much success. It seems like they have the puck on their stick the entire game.”

Bailey has a chance to stick there if he keeps showcasing tenacity. In Saturday’s 3-1 win in Toronto, Bailey skated 13 minutes, 58 seconds – six seconds off his career high.

“It’s trying to find that confidence my speed will translate up here,” Bailey said. “I found a way to earn some more ice time, just using my speed and using the guys around me to create some time and space.”

Bylsma said: “I like the speed he adds and is effective with, both offensively and defensively. He puts pressure on teams with his speed when he’s playing defensively.”

A month ago, after Bailey’s most successful NHL stint, a seven-game run in which he scored his only goal, the Sabres sent him down.

“I thought I played well,” Bailey said. “I scored my first goal and had a lot of confidence. I think when I went down that second time it was motivating. I was going to do anything I could to get back here.”

Upon returning to the Amerks, Bailey kept dominating, scoring four goals in his first three games.

“If you go down there with the wrong attitude, you probably won’t end up getting called back up,” Bailey said.

The torrid run earned helped Bailey a last-minute invite to the AHL All-Star Game, where he reconnected with former Sabres star Daniel Briere, one of his childhood favorites and an honorary captain for the event.

Bailey’s friend lived on Briere’s street years ago, so the two know each other a bit. Bailey said Briere called him after the Sabres drafted him in 2013 and again following his first NHL goal Jan. 3.