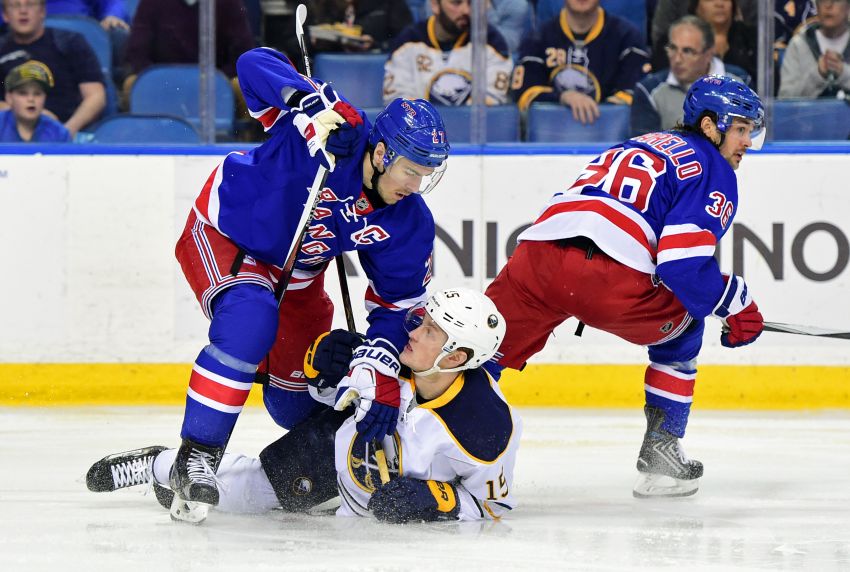 To replace the center against the Toronto Maple Leafs tonight, the Sabres have recalled rookie winger Dan Catenacci from the Rochester Americans. Cal O’Reilly will move to center, Bylsma said.

Eichel was feeling OK, Bylsma said, but he “took a turn for the flu worse” this afternoon.

In other news, defenseman Carlo Colaiacovo will return from a one-game absence. Goalie Chad Johnson, who has won five straight starts, will go again.

– Bylsma said the Sabres have no plans for goalie Robin Lehner, who aggravated his high ankle sprain twice recently, to undergo surgery.