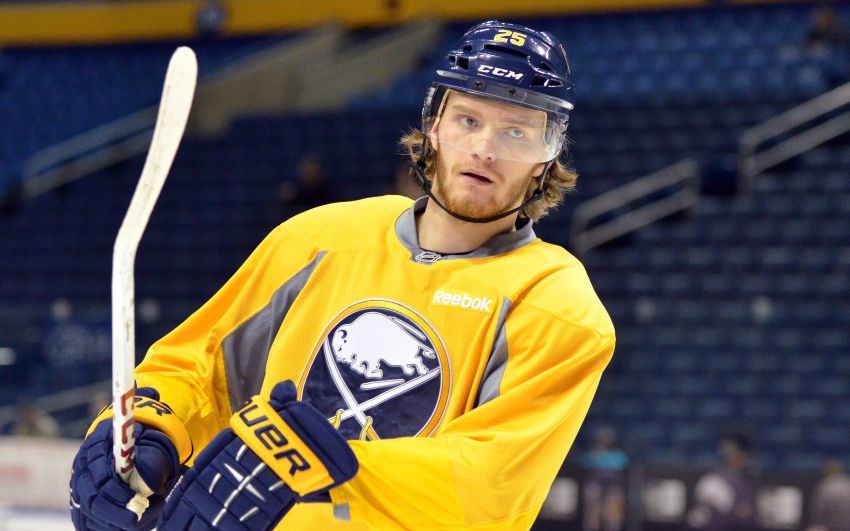 “But I always changed places,” Grigorenko, who’s in his second stint with the Sabres, said Sunday after preparing for tonight’s contest against the Winnipeg Jets in the First Niagara Center. “All the time it’s been like new challenge, new season. I came back here and all my emotions, they just started all over again. I feel really good.”

With winger Patrick Kaleta (hand) out tonight, Grigorenko will make his 23rd NHL appearance and first since March 12.

Grigorenko has one goal and five points in the NHL this season. He had five goals and 14 points in 11 junior postseason games.

Is Grigorenko, the 12th overall pick last year, a better player after going back to junior?

“We’re going to see these next three games with Mikhail,” interim Sabres coach Ron Rolston said. “He’s got skill. You watch him out there, he’s got big skill.”

Not only have the Sabres used a year of Grigorenko’s entry-level contract, his next appearance counts this season toward free agency.

Grigorenko’s presence could force the Sabres to switch up some lines, Rolston said.

It seems unlikely Miller, who was unhappy with the fans’ ire before getting yanked from Friday’s 8-4 loss to the New York Rangers, would start at home again.

Rookie defenseman Mark Pysyk on scoring his first NHL goal, a power-play tally, with 40 seconds left in Friday’s blowout loss: “It wasn’t the ideal time to get the first one, but I think looking back, the first goal was pretty cool to get that one out of the way.”

Kaleta left Friday’s game after taking a puck on the hand. He didn’t practice Sunday.

The Rochester Americans clinched the No. 7 seed in the Western Conference on Sunday and will face the Toronto Marlies in the first round of the AHL playoffs later this week.