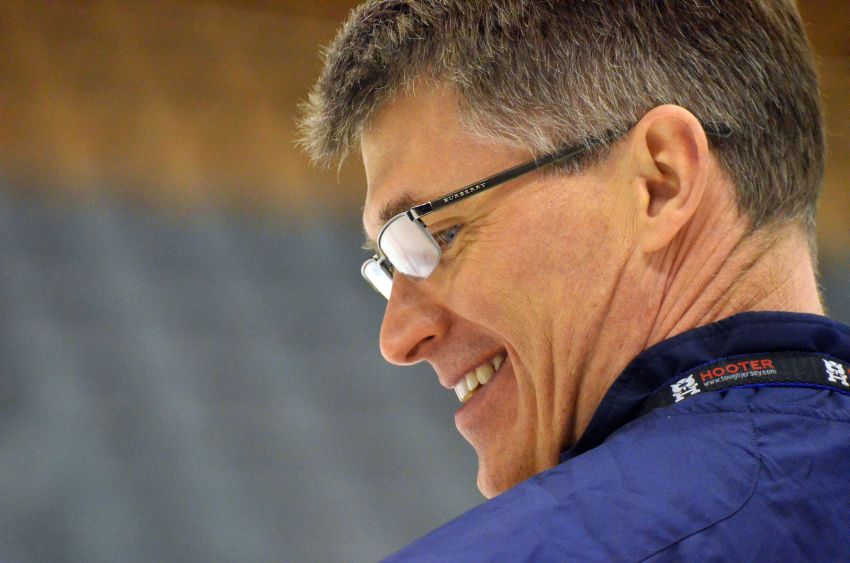 BUFFALO – Rebuilding the bottom-feeding, 15th-place Sabres back into a strong hockey club could be a long and arduous process following Lindy Ruff’s dismissal as coach last week.

The team’s in shambles, having lost four straight games and six of the last seven. There’s little to like about the Sabres and no quick fix.

They possess no identity.

Some epic struggles keep complicating that process. The Sabres are so bad players can’t build any belief they’re going to win a game.

They better figure it out quickly. At 6-12-1, the Sabres are already six points out of a playoff berth with a game or two in hand on some teams. Their season’s already on the brink just five weeks in.

“We don’t have to kid ourselves,” Sabres winger Thomas Vanek said. “We have 29 games left. We probably have to win 21 of them to even have a chance. It’s a big task. But I think this is a group that can put a streak together, not just win. I think it just starts with playing a good 60 minutes. …

“I don’t think we’re that far off. I know we’ve said that for weeks now and we keep losing. As long as you believe – and I think the guys do – there’s a chance.”

Even with frustration rampant, the Sabres believe they’re maintaining a positive approach. Rolston has noticed his players’ energy and upbeat nature, saying they’re “getting better at just going out and being detailed, practicing like we’re in first.”

“Those are all things you have to build up,” said Rolston, who’s 0-2 since taking over Wednesday. “I’ve really liked the attitude and the energy. When guys are sitting in the video room, they’re just dialed in. … They’re asking for solutions.”

“We got a great group of guys in here that really care about each other,” Ott said.

But some observers argue the Sabres’ current makeup will never work, even if they try hard, get along well and have a talented roster. More changes should be made.

“I don’t really care what anybody else thinks,” Ott said. “I care what these guys in here think, and we’re committed to each other to be better, and we want to be better in here. That’s something that has to come within us. No one’s going to come down and sprinkle any magic dust on us and say, ‘You guys are instantly better.’

“No, it comes within, and that’s why we’re putting the commitment in to each other. In doing so, we’re holding each other accountable.”

Rolston spent Sunday, the Sabres’ first day off since Ruff was fired Wednesday, analyzing the team and where it needs to go. He’s cognizant he can’t overload his players with new ideas and information.

So far, Rolston has been very hands-on, doing a lot of “educational teaching” throughout practices. Pace – not just team speed but doing everything quickly – has been a big message from the coach, who said the Sabres are “where we’re at for a reason.”

“In terms of team speed, and not only is it how you can skate, but how you move the puck and how clean you are moving the puck and where your support is moving the puck,” Rolston said. “So there’s a lot of elements to a team being a fast team, and right now … we need to be much faster.”