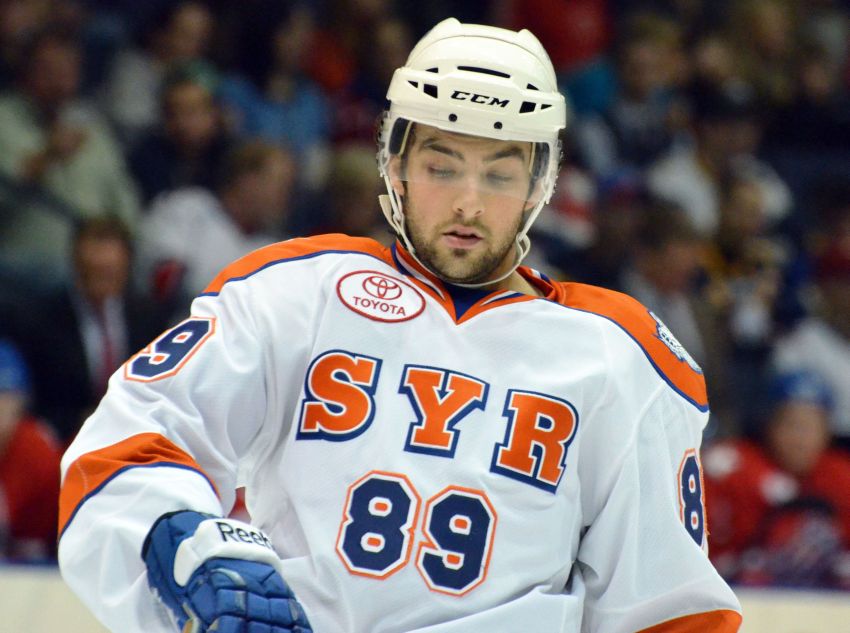 Rolston watched the 5-foot-8 forward play for the Syracuse Crunch several times earlier this season while coaching the Rochester Americans. Conacher, in Rolston’s mind, showcases a style similar to diminutive Lightning star Martin St. Louis, one of the most prolific scorers in recent history.

“He’s very dynamic, much like St. Louis,” Rolston said Monday inside the First Niagara Center after the Sabres prepared for tonight’s game at Tampa Bay. “They’re similar players. Just very dynamic, extremely smart but will play in hard areas. I think that’s the difference when you have a player like that, and Martin St. Louis is both those guys who play in the traffic areas. And that’s enabled him to be where he’s at to score.

“You see a lot of his goals in the highlights are right around the net. So get gets there. But he’s also smart in jumping into holes. (He’s) just a really dynamic player.”

Conacher has seven goals and a rookie-best 17 points for the Lightning in 18 games.

The 23-year-old played four years at Canisius, scoring 62 goals and 148 points. Despite going undrafted, Conacher enjoyed one of the most prolific AHL campaigns in recent memory last season, earning MVP and rookie of the year honors while scoring 39 goals and 80 points for the Norfolk Admirals, who won the Calder Cup.