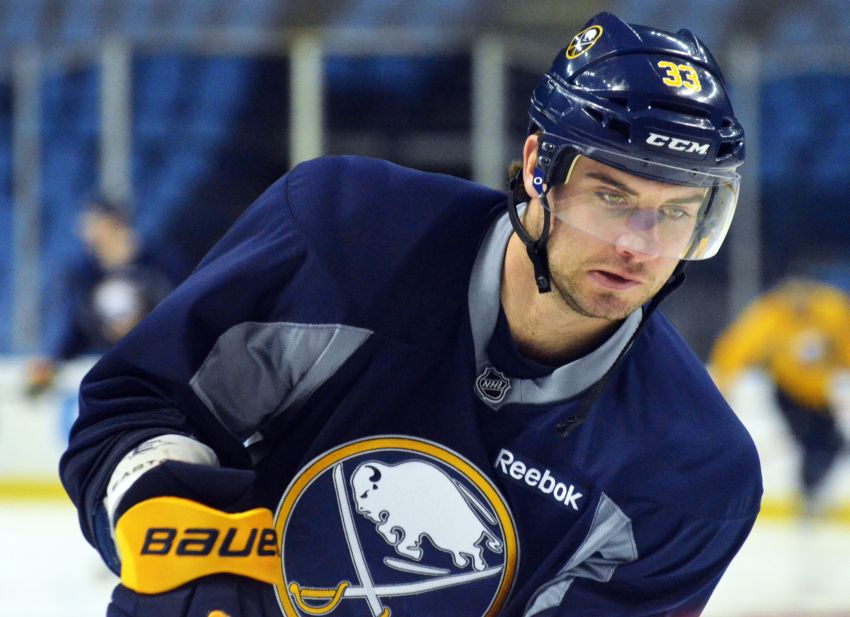 BUFFALO – Under coach Ron Rolston in Rochester, T.J. Brennan thrived, developing into an AHL star and arguably the league’s most dynamic offensive defenseman.

“It’s a real good opportunity for him,” Rolston said this afternoon inside the First Niagara Center prior to the Sabres’ tilt against the Ottawa Senators. “He played with Kevin in Portland, and they have a good feel for what he can do. I’m excited. He’ll have a good opportunity there.”

“With the way we were at as a team, it was difficult to give him the opportunity that he probably needed developmentally,” Rolston said. “We just thought for our organization right now, the best thing would be for him to go and play in the playoffs and get playoff experience, and really be … a really big part of that team and be in every situation. …

“And also to go back there and be a leader, and to go back, have the right attitude and really help the young players there and just build his leadership skills.”

“Obviously, (Friday) was disappointing for him,” Rolston said. “I think he understood where he was and what he needs to do basically, what we wanted to get across, that he’s going to be a big part of things here. This is more of for him to be there to prepare himself to come back and be a big part of what we do here.”