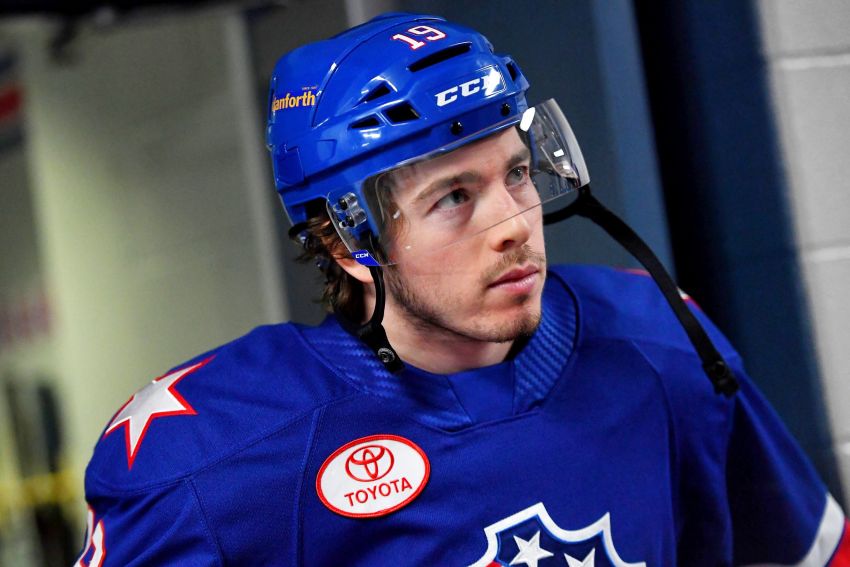 BUFFALO – Following a recent four-game look with the Sabres, winger C.J. Smith returned to the AHL and promptly went on a tear, scoring a hat trick in his first outing.

Smith, 24, performed splendidly, recording five goals and 12 points in eight games after the Sabres sent him to the Rochester Americans.

“He got the right message,” coach Phil Housley said Monday after the Sabres recalled Smith again.

Smith, who has compiled 18 goals and a team-high 41 points in 41 AHL games this season, said it’s not in his nature to pout.

Housley said Smith “deserves a shot to get back.”

“I like what he brings – the spark and the speed and the skill,” Housley said.

Smith, who practiced at left wing Monday beside center Evan Rodrigues and Sam Reinhart, basically forced his way up by becoming an elite AHL scorer.

Hours after waiving winger Remi Elie on Saturday to create a roster spot, Smith scored two goals and three points in the Amerks’ 4-1 road win against the Hartford Wolf Pack.

“I just went back with a lot of confidence,” Smith said of Rochester. “I think it kind of showed in my game down there, too.”

“They said they liked how I played when I was here and just stick with it,” Smith said.

The Sabres host the Minnesota Wild tonight at KeyBank Center.