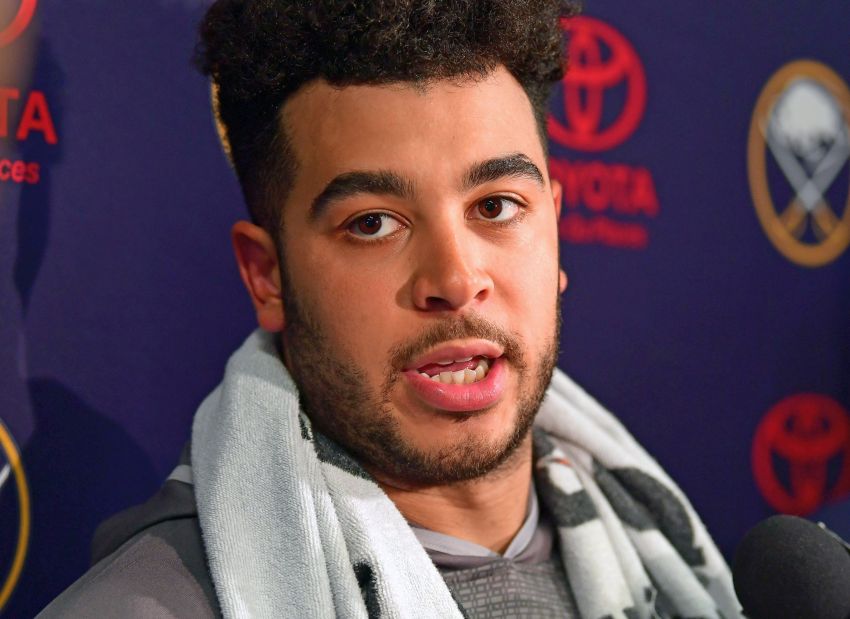 Nick Baptiste stayed with the Sabres down the stretch last season. ©2018, Hickling Images

BUFFALO – The Sabres have re-signed forwards Nick Baptiste and Danny O’Regan to one-year, two-way contracts, the team announced this morning.

Baptiste, 22, earned regular NHL duty throughout the second half last season, compiling four goals and six points in 33 games with the Sabres.

The Sabres drafted Baptiste in the third round, 69th overall, in 2013. He compiled seven goals and 18 points in 36 AHL contests with the Rochester Americans last season.

Meanwhile, O’Regan, 24, played two games with the Sabres after they acquired him in the Feb. 26 trade that sent winger Evander Kane to the San Jose Sharks.

O’Regan scored six goals and 15 points in 18 games with the Amerks.

The Boston University product, the AHL’s top rookie in 2016-17, has scored one goal and five points in 24 career NHL outings.

The Sabres drafted the Williamsville native in second round, 52nd overall, in 2013. He scored 10 goals and 15 points in 37 AHL appearances last season.