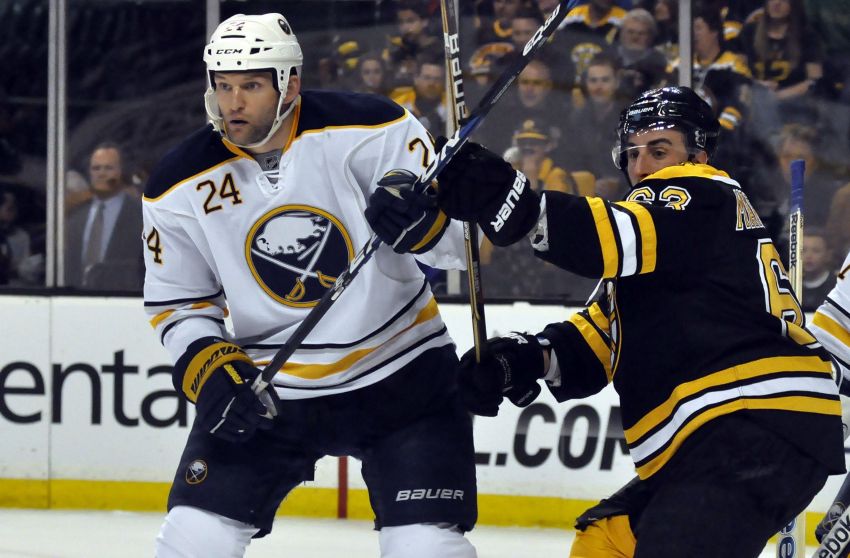 AMHERST – I chatted with Buffalo Sabres defenseman Robyn Regehr this morning inside the Northtown Center, less than a day after collective bargaining negotiations to end the 83-day NHL lockout imploded badly.

On if a deal was really that close:

“Personally, no. I think a lot of players and a lot people kind of have felt that way at different parts of this process.”

On the NHL “creating” hope:

“I think it’s been the same all along. The league tries to give the players and public hope and tries to play on emotions by creating what they view as an opportunity for the season to start when really it hasn’t been that close.

On if there will be a season:

“I feel there will be a season. I feel all along there really hasn’t been a fair deal on the table that can be cut. I think the deals that have been proposed are one-sided toward the owners, and if you look at those proposals and you look through the details of them, it’s not hard to see from where we were to where those proposals were. It’s very one-sided.

“I think that all along (NHL commissioner) Gary (Bettman) has taken a very confrontational approach to this. He’s got a plan in place, and I believe he’s got some sort of date in mind that they can get a shortened season in. I could be wrong. I don’t know. But that’s just been my feeling all along.”