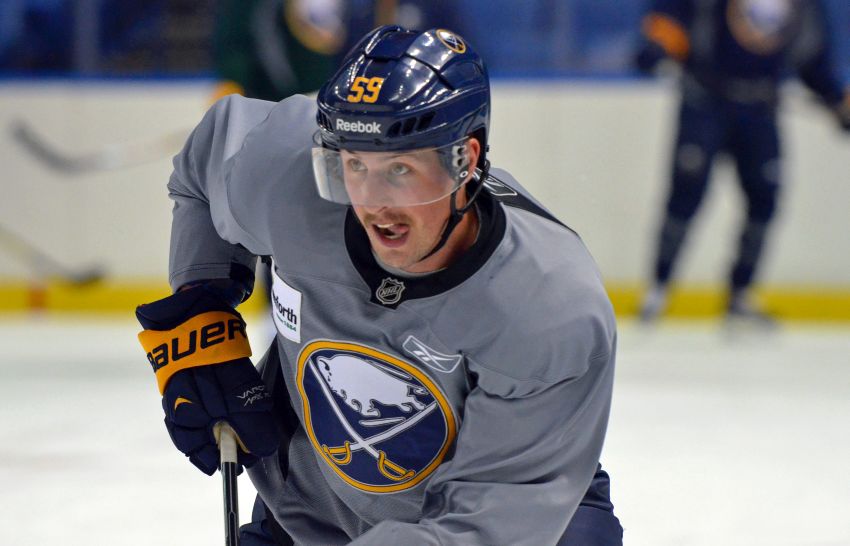 BUFFALO – With winger Drew Stafford questionable for tonight’s game in Montreal with a lower-body injury, the Sabres have recalled center Tim Schaller from the Rochester Americans.

The undrafted 24-year-old has never played in the NHL.

He has six goals, 15 points and 20 penalty minutes in 20 games this year. The Sabres gave the New Hampshire native a long looking during training camp.

In other news, Canadiens defenseman Alexei Emelin has a hearing with the NHL today for hitting Sabres captain Brian Gionta in the head late in Friday’s 2-1 win against Montreal.

Update: Emelin has been fined $11,021.51, the maximum amount under the collective bargaining agreement, for an illegal check to the head.

Stafford is out tonight.