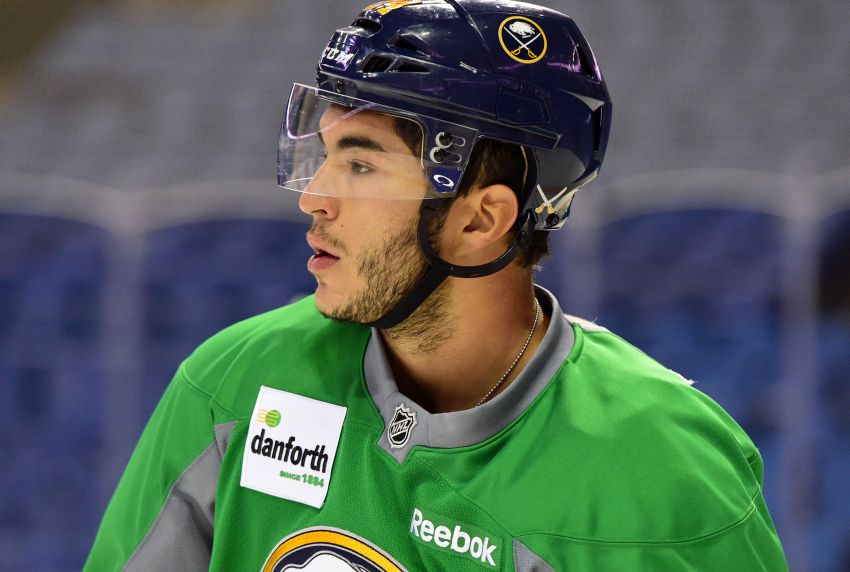 BUFFALO – Just a couple of weeks ago, the chances of Phil Varone earning another recall to the Sabres appeared to be slim. The center, 25, was struggling with the Rochester Americans, getting scratched thanks to a glut of veterans and a terrible minus rating.

When the Amerks played a game on Dec. 30 at the First Niagara Center, Varone sat out.

But Varone, the Amerks’ leading goal scorer with 10, has recently been the AHL’s club’s best forward. With winger Zemgus Girgensons day-to-day with a lower-body injury, the Sabres summoned Varone this morning.

Bylsma said he wants to utilize Varone’s “skill and ability with the puck” and not just put him in a checking role on the fourth line. The Sabres’ optional skate this morning didn’t reveal any lines.

Varone had three goals and five points with the Sabres last season, but he only registered one assist in his final 17 appearances.

“I think I proved to myself last year the first 10 games here that I can make things happen,” said Varone, a team-worst minus-20 in Rochester. “I think I kind of hit a rut toward the end of the season when I was here. I think I can make plays.”

In other lineup news, defenseman Mark Pysyk will play tonight, his first appearance since Nov. 17, a 26-game stretch.

Pysyk, 24, sat two games this week after recovering from his broken foot. Following a 4-1 loss Friday to Boston, Bylsma felt it was time to insert the youngster. He wouldn’t reveal which defenseman will be scratched tonight.

What does Bylsma expect from Pysyk?

Capitals superstar Alex Ovechkin has 26 goals and a terrific supporting cast with centers Nicklas Backstrom and Evgeny Kuznetsov, who both have 41 points.

“It makes it more fearful of Ovi because of the way the whole team is playing as a group,” Bylsma said.