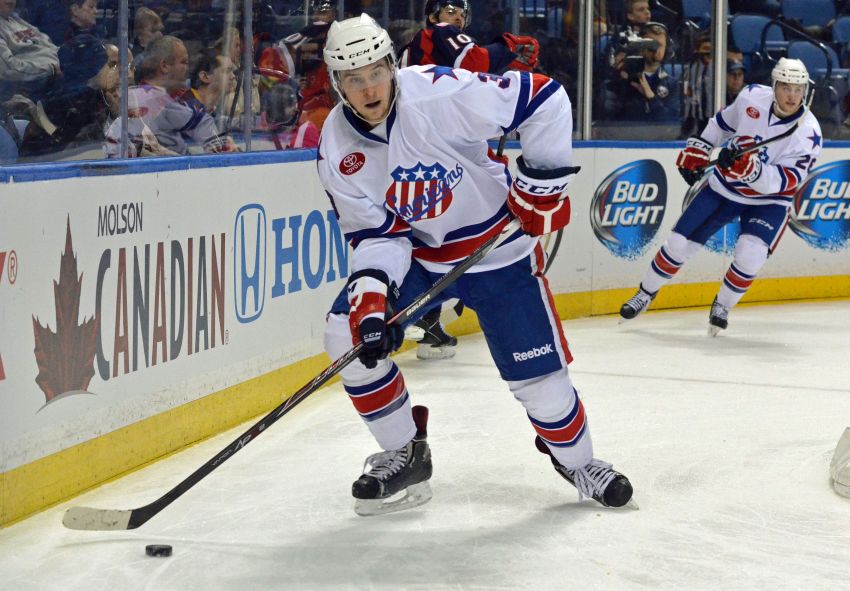 BUFFALO – Some quick updates from the First Niagara Center, where the Sabres just practiced 40 minutes before their flight to Ottawa for Monday’s tilt against the Senators.

The Sabres skated without defensemen Andrej Meszaros (maintenance day) and Rasmus Ristolainen (flu). They have reinforcements for the blue line, however. Fresh off of a two-game recall last week, Mark Pysyk has been summoned again from Rochester.

“I’m very comfortable with him,” Sabres coach Ted Nolan said. “I think he’s a very intelligent player. He’s paid his dues down in the American League. He did very well when he was here.”

Meanwhile, Tyson Strachan, out eight of the last 10 games with a lower-body injury, could possibly play Monday, Nolan said.

The Sabres will see how Ristolainen, who left Saturday’s 4-3 shootout win against the New York Islanders, feels later.