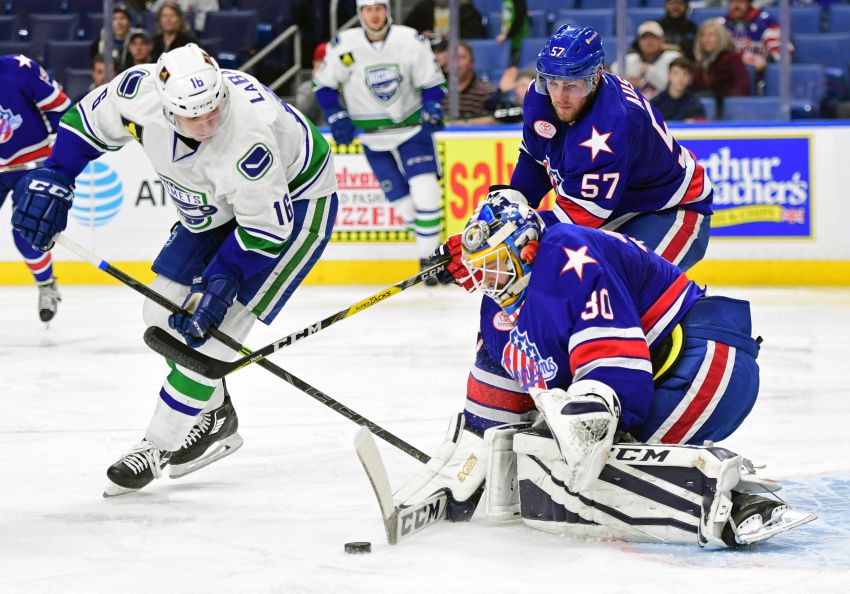 BUFFALO – The Sabres, who close a two-game road trip tonight against the Arizona Coyotes, have recalled goalie Linus Ullmark from the Rochester Americans.

It’s unclear if one of the team’s regular goalies, Robin Lehner or Anders Nilsson, is injured, sick or a deal is in the works. Stay tuned for updates. Lehner has started eight straight games.

Ullmark, 23, has been a workhorse in the AHL this season, going 20-20-2 with a 2.90 goals-against average and a .910 save percentage in 42 games. The Swede didn’t play during some recalls earlier this season.

The Amerks played backup John Muse on Saturday and also recalled Jason Kasdorf from the ECHL, so Ullmark wasn’t with the team.

“It’s more precautionary than anything,” Bylsma said of Lehner sitting out.

Bylsma said Lehner “got bumped several times at the net” and has a sore neck. Still, the Swede stayed in the game.

Backup goalie Anders Nilsson will start against the Coyotes, his first nod since Feb. 7. Bylsma said Nilsson was scheduled to play before Lehner was hurt.

Bylsma doesn’t know if Lehner will be available for Tuesday’s home game against Nashville.