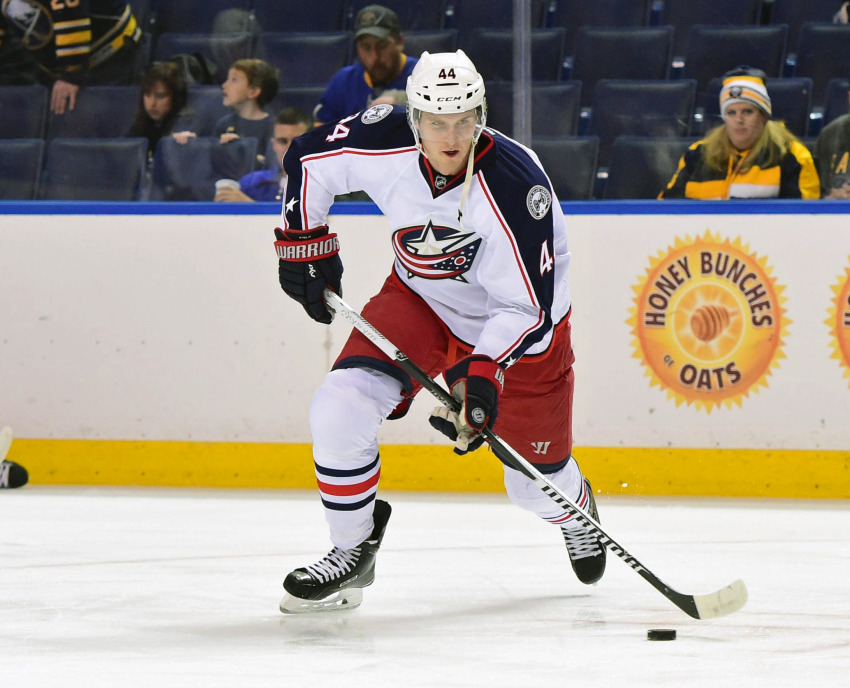 BUFFALO – Down one day, up the next. Repeat for six months. For the last three seasons, Sabres newcomer Justin Falk has served as a depth defenseman for three organizations, constantly shuttling between the NHL and AHL.

“Over the last two or three years I’ve hopped back and forth quite a bit,” Falk, 28, said after the Sabres recalled him this morning. “Just another day for me to go about my business. It’s just a different league, a higher-up league.”

With defenseman Dmitry Kulikov out tonight (undisclosed injury) against the New Jersey Devils, the Sabres summoned Falk, a veteran of 171 NHL games, from the Rochester Americans.

“I just want to be solid and steady,” he said. “There’s nothing fancy about my game. I’m hard to play against. I play hard in front of our net and hope that the puck goes quick to our forwards in transition. I just try to bring reliability on the back end.”

There is, however, some good news. Top center Ryan O’Reilly said he plans to return from a one-game absence (upper body).

Bylsma said defenseman Josh Gorges, who missed the morning skate, will be play.

In other lineup news, backup goalie Anders Nilsson will start tonight, his first nod since posting a 33-save shutout Oct. 29. The Sabres also play Saturday in New Jersey.

The Sabres are 1-3-1 at home and have scored only six goals.

Meanwhile, Eichel, sidelined by a high left ankle sprain since Oct. 12, skated today without equipment for the second straight day, upping his minutes from 25 to 45, Bylsma said.