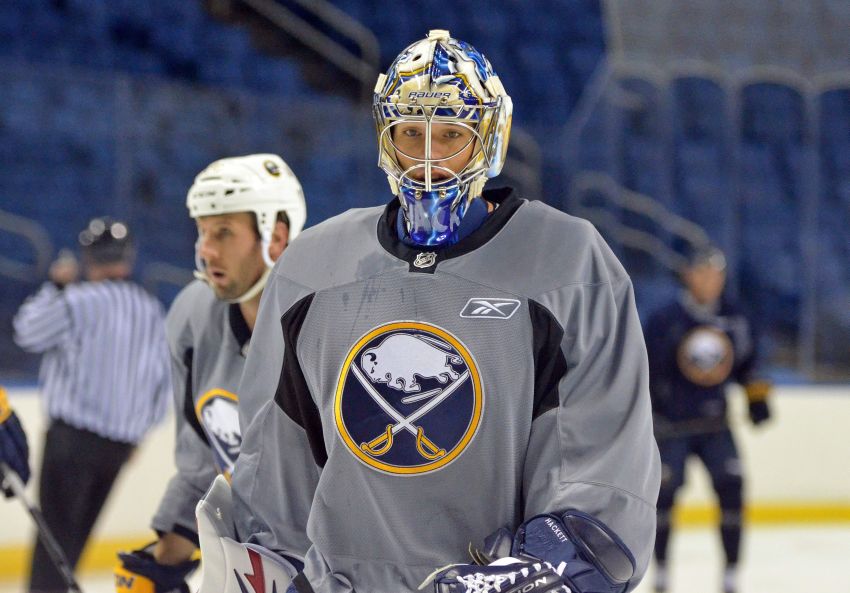 BUFFALO – With starting goalie Jhonas Enroth sidelined by a right leg injury and backup Michal Neuvirth day-to-day with a lower-body ailment, the Sabres today recalled Matt Hackett from Rochester on an emergency basis.

The Sabres, who start a five-game road trip Tuesday in Calgary, only had one healthy goalie on the roster, rookie Nathan Lieuwen.

The 24-year-old Hackett has endured a rough AHL season with the Americans, going 13-17-2 with a 3.07 goals-against average and .898 save percentage. Lieuwen recently supplanted him as the Amerks’ starter.

Hackett played 13 NHL games with Minnesota from 2011-13. The Sabres recalled him briefly in October, although he didn’t play.