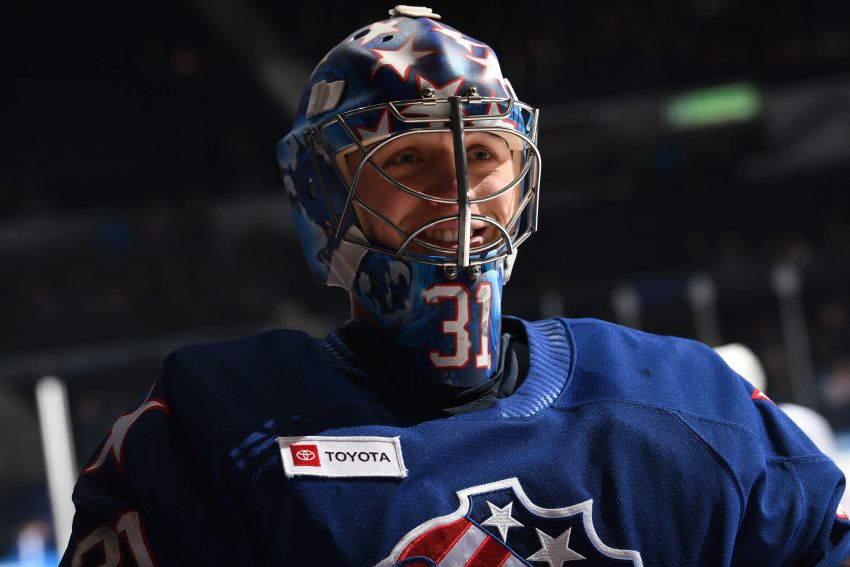 BUFFALO – Having lost Linus Ullmark to a lower-body injury, the Sabres recalled goalie Jonas Johansson from the Rochester Americans this morning.

Johansson, 24, has enjoyed a breakout season, compiling a 13-3-3 record with a 2.19 goals-against average, a .925 save percentage and two shutouts in 20 games. The Swede represented the Amerks in Monday’s AHL All-Star Classic in Ontario, Calif.

Coach Ralph Krueger said following Tuesday’s 5-2 loss to the Ottawa Senators the Sabres would know more about Ullmark’s injury today. Ullmark left in the third period after his skate appeared to get caught in a rut in the ice, causing him to fall.

Update: The Sabres have announced Ullmark will miss three to four weeks.

The 6-foot-5, 219-pound Johansson spent most of the past two seasons with the ECHL Cincinnati Cyclones, earning occasional recalls to the Amerks.

The Sabres drafted him in the third round in 2014, 61st overall.