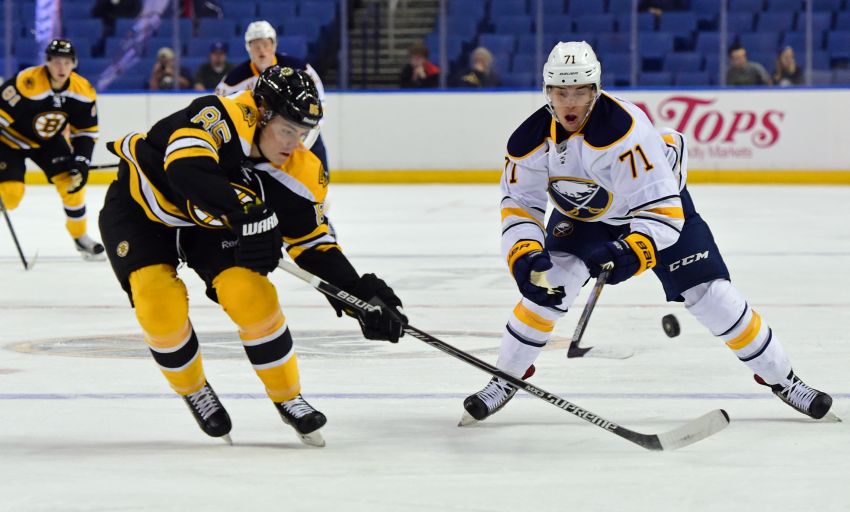 BUFFALO – The Sabres recalled Williamsville native Cole Schneider and Evan Rodrigues from the Rochester Americans for the first time this morning.

The rookie wingers will likely make their NHL debuts in Friday’s home finale against the Columbus Blue Jackets.

Schneider, 25, has 20 goals and 54 points in 69 AHL games this season. The St. Joe’s graduate has three goals and nine points since the Sabres acquired him from the Ottawa Senators organization. Despite consistently producing offense, he spent all four seasons after leaving UConn in AHL Binghamton.

“Guy after guy would go up and it was never me,” Schneider, who acknowledged he was a bit frustrated, told the Times Herald by phone Tuesday.

Schneider finally has his opportunity after 278 professional games.