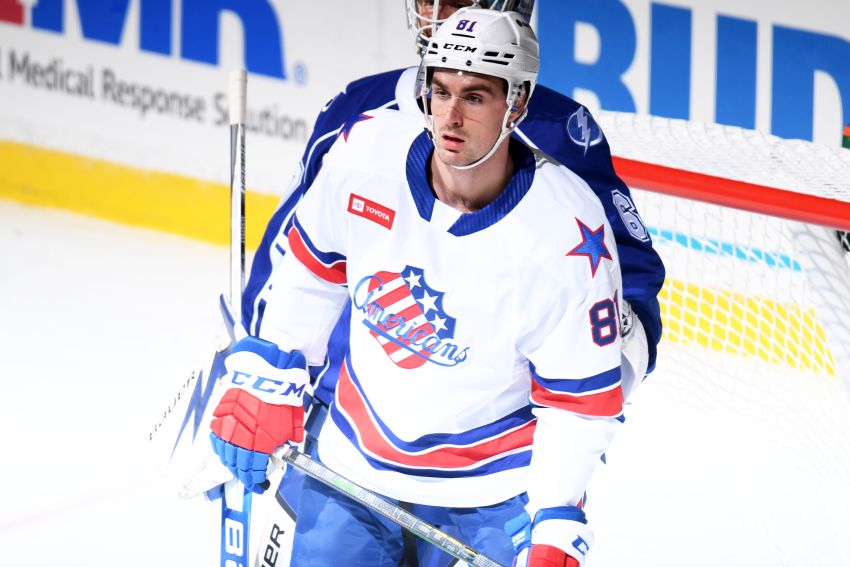 The Buffalo Sabres this afternoon recalled winger Brett Murray from the Rochester Americans.

Having lost centers Cody Eakin and Casey Mittelstadt to injuries, the Sabres did not have an extra forward on the roster before summoning Murray.

The Sabres play a road game tonight against the New Jersey Devils.

The 6-foot-5, 228-pound Murray, 23, played his first two NHL games late last season. He earned a long look from the Sabres during training camp and appeared in line to receive a recall.

Murray played in the Amerks’ 5-3 home win Friday over the Syracuse Crunch.

Stay tuned for updates. Coach Don Granato is scheduled to talk to the media later this afternoon.

Update: Granato said on a Zoom call this afternoon the Sabres recalled Murray to have an extra forward for the second game of  a back-to-back.

Dustin Tokarkski will start in goal. The Sabres will use the same 18 skates they did for Friday’s 4-1 loss to the Boston Bruins.