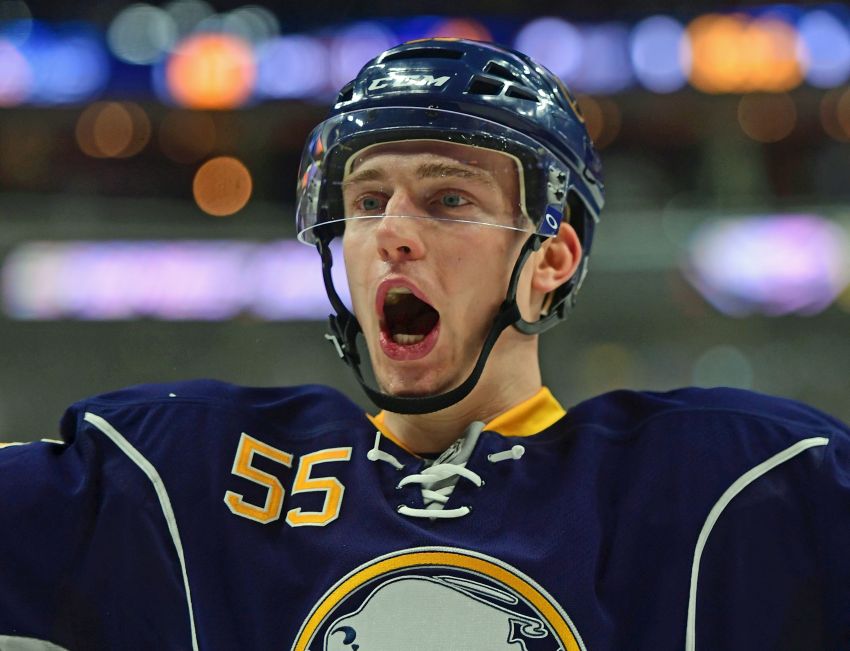 BUFFALO – In 74 games this season, defenseman Rasmus Ristolainen has averaged just under 27 minutes of playing time, the Sabres’ highest total. All together, the workhorse has spent almost 2,000 minutes on the ice in his fourth NHL campaign.

So while a three-game suspension for hitting Pittsburgh’s Jake Guentzel disappointed Ristolainen, 22, the short break from the rigors of a long year was welcomed.

Ristolainen’s ban fell over a four-day stretch. But thanks to a break in the schedule, this afternoon’s tilt against the New York Islanders at KeyBank Center will be the Finn’s first appearance since March 21.

After 11 days off, Ristolainen’s itching for some action.

“I don’t like resting,” he said Saturday inside HarborCenter. “Obviously, I can’t say it didn’t feel good. I got some good sleep, a couple days off. So I feel really fresh right now.”

A fresh Ristolainen, of course, should help the defense. Still, the group, which has endured a lot of criticism this season, thrived without its top player.

The Sabres went 2-1 without him, allowing seven goals while limiting opponents to an average of 32 shots a game. They had been allowing 35 or more shots most games in March.

“Our forwards did an unbelievable job these last three games of hunting down loose pucks on the forecheck, keeping pucks in the offensive zone, which means we do less work, which is always great as a defenseman,” he said. “It makes our job so much easier.

“Then when it came to us, I think we really just tried to keep the game simple. We tried to keep our shifts short, get everyone involved and just roll.”

But what else is vital to the defense’s success?

“Communicating is probably the biggest part for us,” Sabres defenseman Cody Franson said.

Yes, simply talking on the ice often buoys the Sabres.

“When we’re quiet, we’re a half-second late,” Franson said. “We aren’t as smooth breaking pucks out of our own end. When we’re talking, it makes a world of difference. … It’s something we’ve worked on and continuously gotten better at, and I think we do a better job in managing the puck because of that.”

The defense also barely missed Ristolainen because his absence created opportunities. For example, defenseman Dmitry Kulikov, a colossal disappointment as he battled injuries for months, enjoyed a bigger role.

“Kulikov did a nice job jumping in on the top power-play unit and did a nice job with Risto out of there,” Sabres coach Dan Bylsma said. “(It) gave an opportunity for other guys to play a little bit more minutes in different situations.”

Kulikov suffered a lower-back bruise during the preseason, the first big defense injury in what has become a seemingly unending string. Other than Ristolainen, every regular defender has been hurt this season.

Franson, out the last five games with a hyperextended joint, has been practicing. However, he told the Times Herald he won’t play this afternoon. The Sabres don’t want him to play back-to-back games right away, so he plans to return Monday against Toronto.

If Franson dresses against the Maple Leafs and the other five defensemen stay healthy, it would be only the 18th time all season the team’s regular six have played together.

Now that Ristolainen can play again, Gorges doesn’t want the Sabres to change anything.