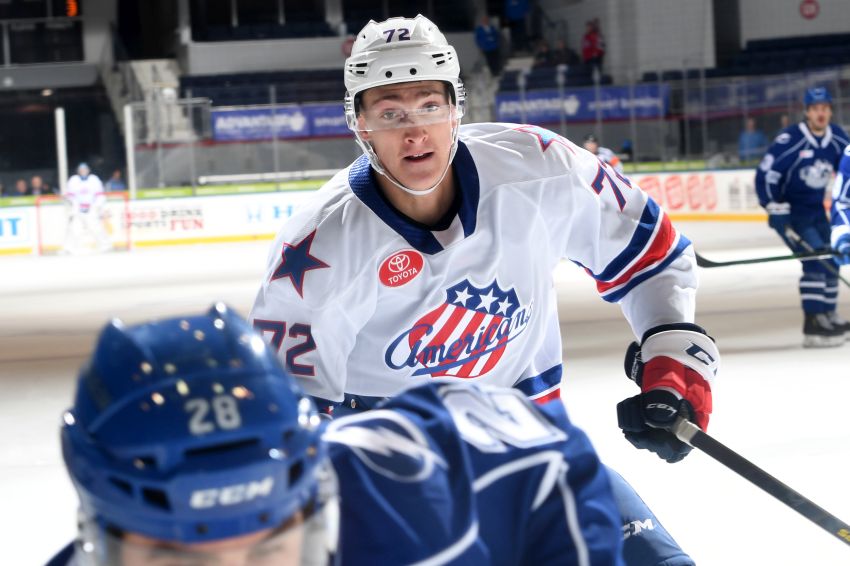 The Buffalo Sabres have re-signed winger Tage Thompson to a three-year contract with an average annual value of $1.4 million, the team announced Monday.

Thompson, 22, was a restricted free agent.

The American suffered a season-ending right shoulder injury in his 2019-20 Sabres debut Nov. 17. Before earning that recall, he compiled six goals and 12 points in 16 games with the Rochester Americans.

The Sabres acquired 6-foot-6, 215-pound Thompson from the St. Louis Blues in the blockbuster Ryan O’Reilly trade in 2018. Thompson spent most of 2018-19 with the Sabres, mustering only seven goals and 12 points in 65 contests.

Thompson scored six goals and nine points in eight-late season AHL contests after the Sabres sent him to the Amerks late in March 2019.