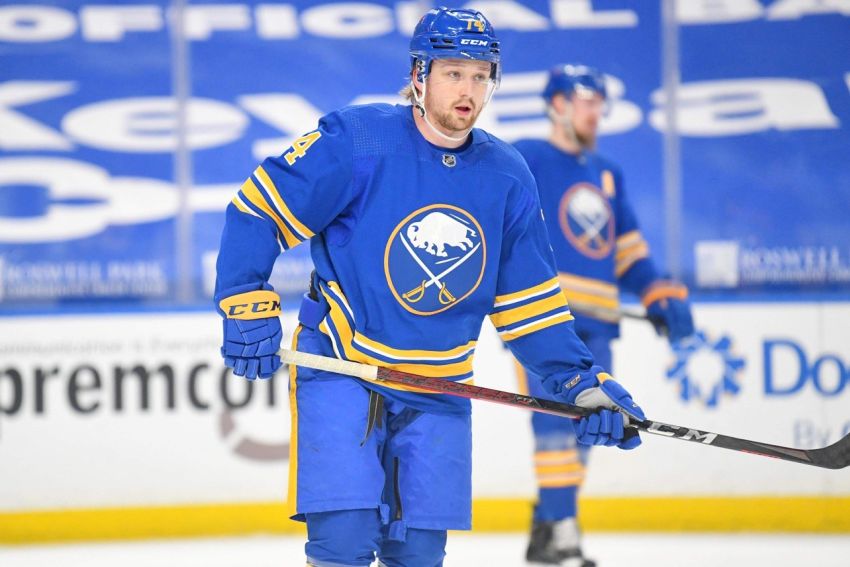 Asplund, 23, had a career-best run after coach Don Granato took over as coach, scoring six of his seven goals and 10 of his 11 points in 23 games. He tied for fifth in goal scoring on the Sabres with winger Jeff Skinner, who played 25 more contests.

After spending much of the season on the taxi squad, the 5-foot-11, 189-pound Asplund enjoyed regular duty over the final weeks, averaging about 15 minutes of ice time a game on a scoring line.

Overall, the Swede played 28 games with the Sabres last season. He has compiled eight goals and 14 points in 57 career NHL appearances.

The Sabres drafted Asplund in the second round in 2016, 33rd overall.

In addition to re-signing their first restricted free agent, the Sabres on Friday also inked forward Ryan MacInnis to a one-year, two-way contract worth $750,000 in the NHL.

The 6-foot-4, 201-pound MacInnis, 25, is likely ticketed for the Rochester Americans.

MacInnis, the son of Hall of Fame defenseman Al MacInnis, has registered one assist in 26 career games with the Columbus Blue Jackets. He played made 16 NHL appearances last season.

MacInnis has spent most of his career in the AHL, compiling 26 goals and 87 points in 250 games.

The Arizona Coyotes drafted MacInnis in the second round in 2014, 43rd overall.