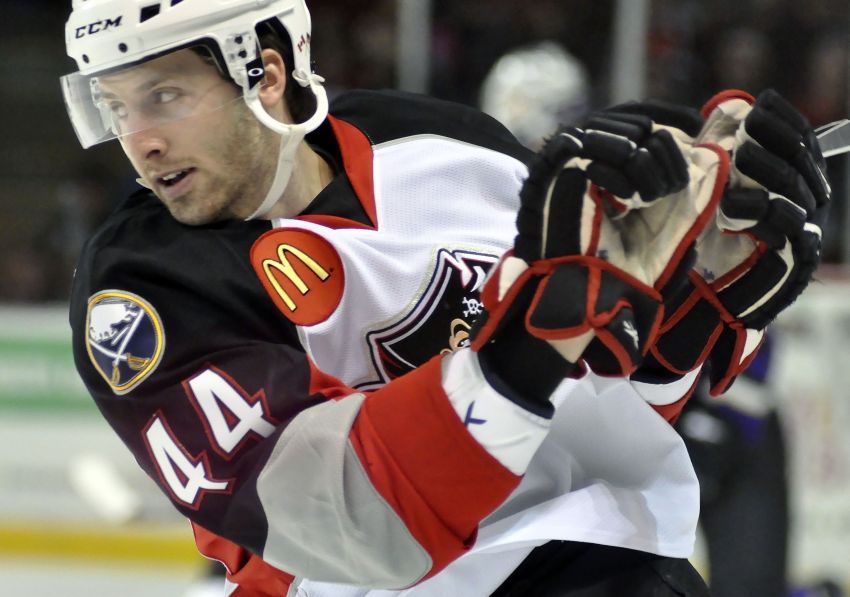 BUFFALO – The Sabres re-signed defenseman Drew Schiestel, who fell so far off the depth chart last season the organization loaned him to the Dallas Stars’ AHL affiliate, to a one-year, two-way contract on Wednesday.

Schiestel earned an AHL All-Star berth with Portland in 2010-11 and appeared close to receiving a recall. But he tore his ACL, and then hurt his knee on opening last season, his first game back.

By the winter, Schiestel had become a healthy scratch and ranked eighth on Rochester’s depth chart. He played twice as a forward before the Sabres loaned him to the Texas Stars, where he played 16 times.