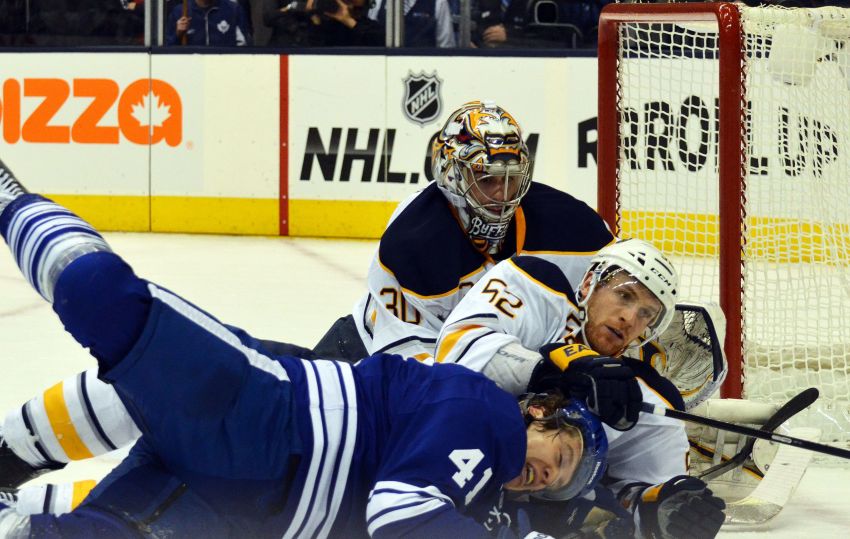 BUFFALO – When free agency opened Friday, Alexander Sulzer shopped around, drawing interest from a “number of teams,” his agent said.

Ultimately, though, the defenseman couldn’t leave the Sabres, who helped him become an NHL regular for the first time.

“He really enjoyed playing there,” Scott Greenspun, Sulzer’s agent, told the Times Herald. “Buffalo was a place that gave him an opportunity to prove he was an NHL-caliber defenseman.”

That opportunity started shortly after the Sabres acquired Sulzer from Vancouver at the 2012 trade deadline as a throw-in with center Cody Hodgson. Sulzer, a spare part his entire NHL career, quickly carved out a regular spot.

The Sabres re-signed him last year, and he scored three goals in 17 games before tearing his ACL on Feb. 23. Greenspun said Sulzer’s “ahead of schedule” in his recovery.

Sulzer has seven goals and 20 points in 106 NHL games.

The Sabres also lost a defenseman today, as Adam Pardy signed a one-year, $600,000 contract with Winnipeg. The 29-year-old, who came from Dallas with Steve Ott in the Derek Roy deal, had four assists in 17 games with the Sabres last season. He also played 21 contests in Rochester.

Pardy likely would’ve had to come back to the Sabres on a two-way contract.

In other news, agitating winger Nick Tarnasky signed a one-year, two-way deal with Montreal. The 28-year-old NHL veteran had 16 goals, 26 points and 138 penalty minutes in 74 games with the Americans last season.

Related: Sulzer disappointed season over, hoping to re-sign with Sabres