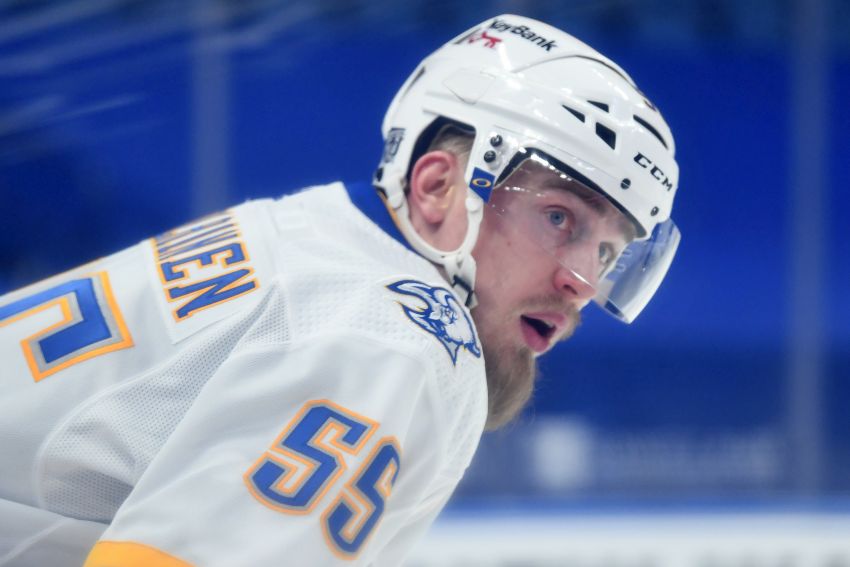 BUFFALO – Instead of easing defenseman Rasmus Ristolainen into the lineup, Sabres coach Ralph Krueger threw him into the fray Saturday afternoon, skating him a game-high 8 minutes, 22 seconds in the first period.

Ristolainen, 26, showcased remarkable energy considering he had missed seven games while recovering from a nasty battle with COVID-19.

“I thought he was our best D here tonight,” Krueger said on a Zoom call. “Amazing, amazing how he’s come off of more than three weeks of a break. … Just shows the character and the fight that he has in him. He’ll be able to take it even a higher level tomorrow.”

Late in the first period, Ristolainen leveled Michael Raffl, knocking him to the ice.

“I felt way better early,” Ristolainen said. “I felt like I got more ice time. The third period was probably the toughest one getting into a rhythm. I feel like the ice time was lower, so it was just surviving the third. I felt like every shift was a bad one.”

“In the third, when you lost the rhythm, you don’t get out there that much, your body, your legs get cold,” said Ristolainen, whose ice time dipped about a minute in the third period. “So that means when you get out there, you get tired easily, you get lactic acid easier than what you get in the rhythm.”

The Sabres host the Flyers again this afternoon at KeyBank Center.