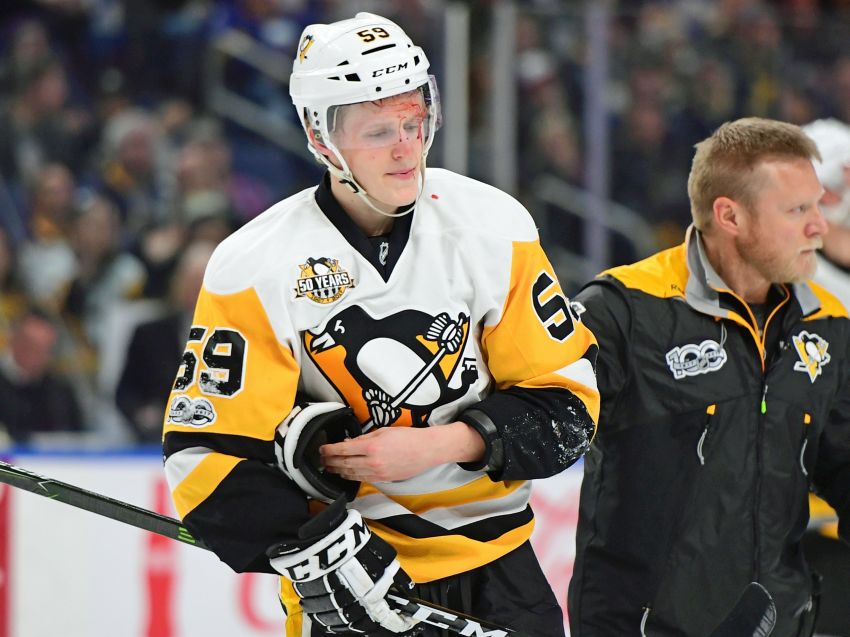 BUFFALO – Sabres defenseman Rasmus Ristolainen will have a hearing with NHL Player Safety on Thursday afternoon for knocking Pittsburgh’s Jake Guentzel out of Tuesday’s 3-1 loss with a concussion.

Ristolainen, who has never been suspended, could receive a short ban for the hit.

The Finn was given a five-minute major penalty for interference and ejected 8:46 into the contest when he leveled Guentzel as the rookie waited for a pass that was intercepted just outside his own blue line. Guentzel’s head and upper body absorbed a wicked hit as Ristolainen skated backward into him.

Guentzel was knocked down and bloodied before leaving the game.

“I don’t like the fact he got ejected,” Sabres coach Dan Bylsma said following the game. “It’s an unfortunate play. He’s stepping up … and the puck that is coming to Guentzel is stopped by Zemgus. Guentzel’s unsuspecting at that point in time. Rasmus is committed to the hit.”

Ristolainen, the Sabres’ top defenseman, plays about 27 minutes a night. With four injured defensemen, the Sabres’ depth has been tested recently. Losing Ristolainen for even a game or two could force them to recall another neophyte with no NHL experience.

The Sabres, who are off today, summoned rookie defenseman Brady Austin for the first time Monday.

The Sabres don’t play again until Saturday, when they host the Toronto Maple Leafs. The Amerks, whose roster has been depleted by recalls, play Friday.