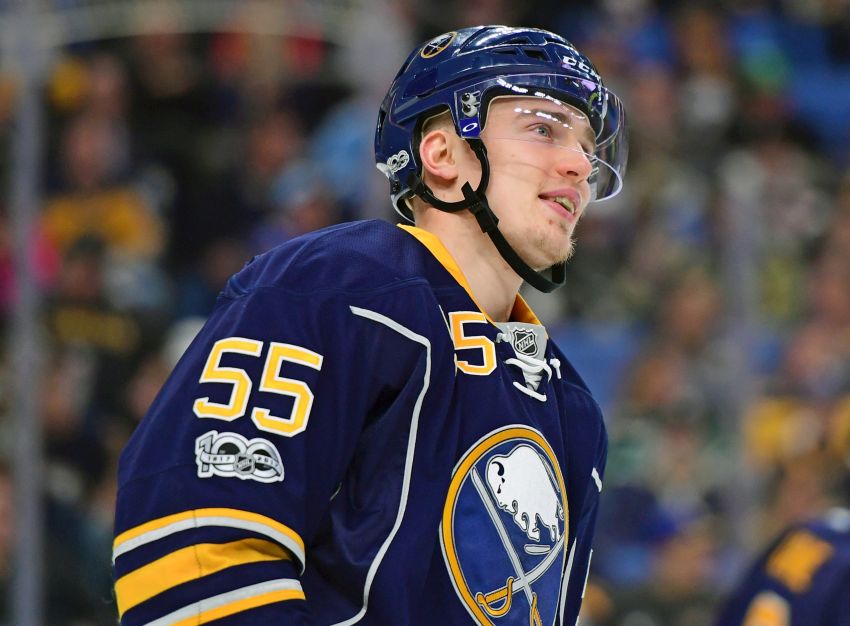 BUFFALO – When Rasmus Ristolainen leveled Jake Guentzel, leaving the Pittsburgh Penguins rookie bloodied and concussed early in Tuesday’s 3-1 loss, the Sabres defenseman never expected to be ejected from the game.

Ristolainen, however, now understands why he was given a five-minute interference penalty.

“He obviously didn’t have the puck … he got injured,” Ristolainen said this afternoon following practice inside HarborCenter. “I don’t know what the rules are, but it was probably the right call then.”

Now, is that hit worthy of a suspension? Ristolainen has a phone hearing with NHL Player Safety this afternoon.

Yes, Guentzel didn’t have the puck when Ristolainen skated backward into him, knocking him down with a hard open-ice hit. Sidney Crosby passed the puck to Guentzel before it was intercepted.

It would’ve been a much different hit if Guentzel had the puck. That might be Ristolainen’s defense during the hearing.

He added: “It’s like a half-second there to react.”

Ristolainen has never been suspended.

Check back later for more on Ristolainen.

In other news, three injured Sabres – wingers Kyle Okposo and William Carrier and defenseman Dmitry Kulikov – all practiced today and could play Saturday at home against Toronto,

Okposo was the Sabres’ leading scorer with 43 points when he hurt his ribs March 2. He has missed the last 10 games.

“We missed a ton with Kyle not in our lineup,” Bylsma said. “We missed a guy, at the time he was injured, the leading point-getter on our team, his presence offensively for our team on the ice. But I think even more just the leadership he’s shown that he missed.”

“It felt good to be back,” a relieved Okposo said. “It’s never fun to be hurt.”