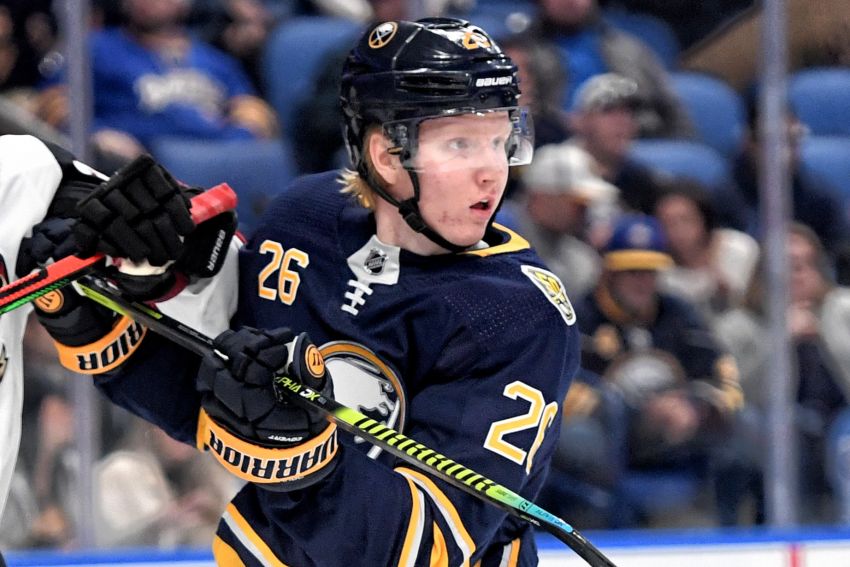 BUFFALO – Sabres defenseman Rasmus Dahlin, out the last eight games with a concussion, practiced today on a regular pairing and also manned a point on the top power play.

So, could Dahlin, 19, return Thursday against the Nashville Predators?

“There’s a definitely a step in the right direction,” Krueger said inside KeyBank Center. “We’re just going to assess him and wanted to see him in his customary role and see how he looks. So it was an opportunity to take a look at him, and we’ll make that call tomorrow morning.”

Dahlin participated in Tuesday’s morning skate, his first time on the ice with the Sabres since suffering a concussion Nov. 25.

Today was the Swede’s first contact session. He practiced beside Colin Miller, his partner earlier this season.

Based on line combinations today, center Casey Mittelstadt could be a healthy scratch Thursday for the second time in three games. Winger Conor Sheary would move back in after sitting out Tuesday’s 5-2 win over the St. Louis Blues.

When KeyBank Center opens Thursday, the stands will have a special look that should make Sabres fans nostalgic.

As part of their 50th anniversary, the Sabres are celebrating “Aud Night” and the 1980s.

Four different shirts – gold, red, blue and orange – were arranged on the seats before Wednesday’s practice to resemble the old rink’s color scheme.

Krueger said Sabres assistant coach Steve Smith, who played in Memorial Auditorium, explained the meaning of the colors to the players today.

“I didn’t know the Aud seats were like that, but it’s pretty cool,” Sabres winger Kyle Okposo said. “It would’ve been something to kind of look at back in the day. Now I’m kind of intrigued. I’m going to go look up some pictures later.”

“Now I realize it’s got a very historical meaning,” he said. “I think it’s amazing and a huge compliment to whoever put that (look) together for people to experience the original colors of the Auditorium.”