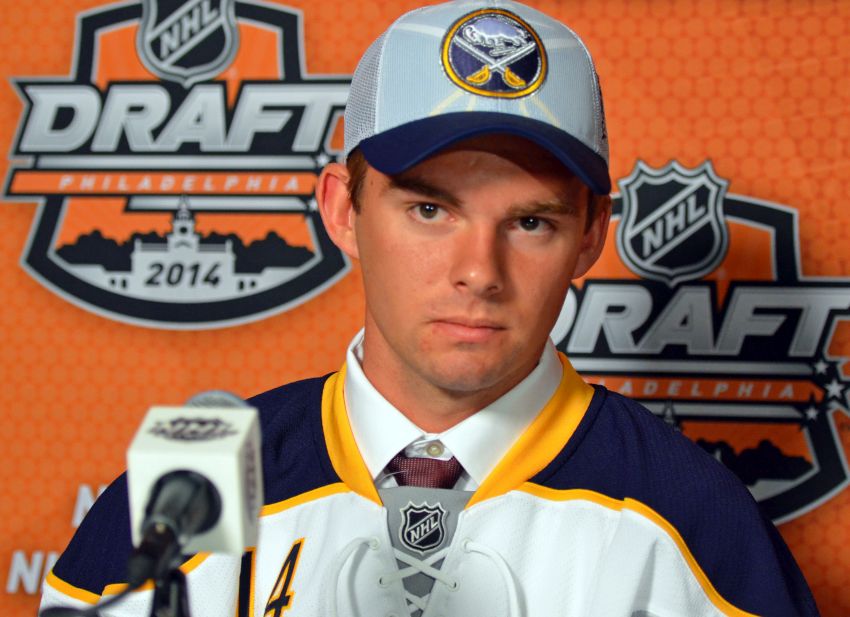 Martin, a defenseman picked 74th in June, had seven goals and a career-high 38 points in 69 games with the Western Hockey League’s Swift Current Broncos and Saskatoon Blades. He has 15 goals and 94 points in 211 WHL games.

The Amerks could have one more prospect soon, No. 2 pick Sam Reinhart. The slick center’s Kootenay Ice play Game 7 of its first-round WHL playoffs series tonight against the Calgary Hitmen. If the Ice lose, Reinhart could be assigned to the AHL club.