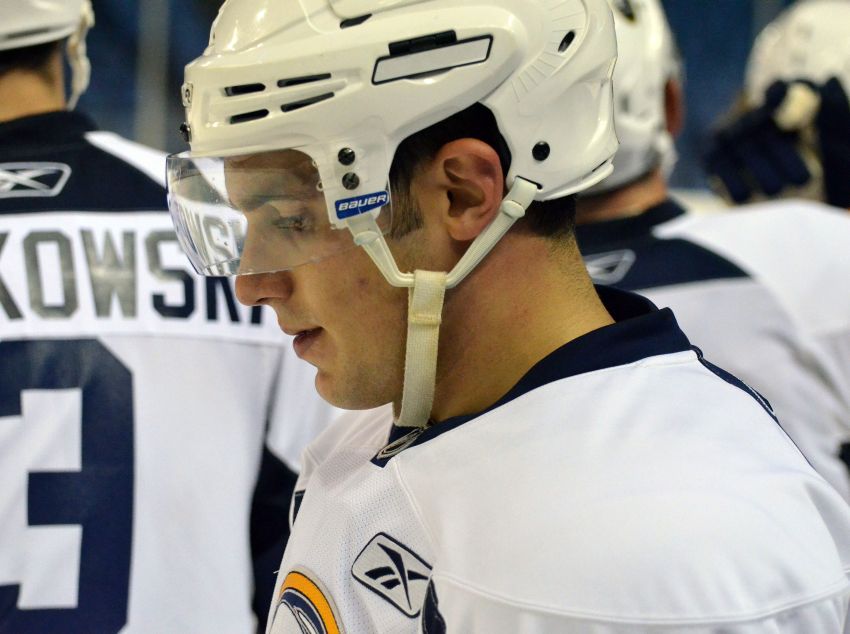 BUFFALO – Sabres prospect Corey Tropp, thought to be done for the season after suffering ligament damage in his right knee playing for Rochester opening night, made a surprising return to the Americans’ lineup Friday in their 4-1 home loss to the Toronto Marlies.

The 23-year-old winger underwent surgery later in the fall. He had an assist Friday.

Prior to the lockout, it was expected Tropp would have the inside track for a roster spot during NHL training camp. He won’t be joining the Sabres soon, interim coach Ron Rolston said Friday inside the Northtown Center.

“He’s had a good recovery,” said Rolston, who coached the Amerks until his Feb. 20 promotion. “He’s worked on it, though, his rehab. He’s put a lot of time into rehab, getting himself where he needed to be.”

Winger Thomas Vanek, the Sabres’ leading scorer with 16 goals and 33 points, didn’t practice Friday and is doubtful for tonight’s contest against the Washington Capitals inside the First Niagara Center, Rolston said.

A muscle strain sidelined the Austrian on Thursday, the fifth game he missed this season.

The Sabres have signed forward Tim Schaller, an NCAA free agent from Providence, to an entry-level contract, according to several reports. The 22-year-old will finish school this year, according to the Providence Journal.

Schaller, 6-foot-2 and 210 pounds, compiled eight goals, 23 points and 61 penalty minutes in 38 games with the Friars this season.