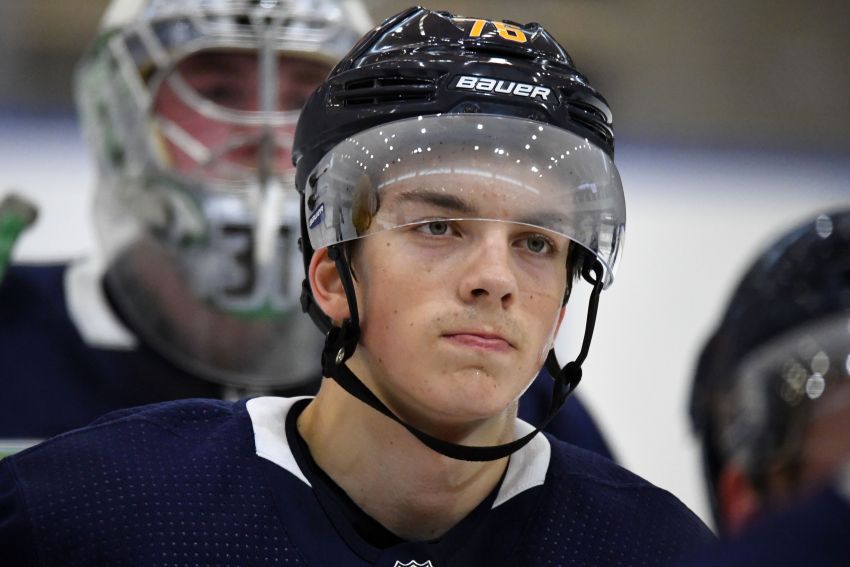 BUFFALO – Sabres defense prospect Ryan Johnson has indicated he would like to return to Minnesota for his senior season, general manager Kevyn Adams said.

Adams said the Sabres have “had conversations” with Johnson, the 31st overall pick in 2019, about turning pro.

“It’s open-ended a little bit,” Adams said of Johnson’s status Tuesday during his end-of-season news conference at KeyBank Center. “But he’s indicated where he’s at right now, the team they have, the ice time he gets there, he thinks at this point he’s leaning that direction.”

While Johnson, 20, can become a free agent next year if the Sabres don’t sign him, Adams said he’s not concerned if the American goes back to school.

“You look at every one of these situations and it goes back to having honest conversations, which we’ve had,” Adams said. But we’re very supportive of players. If they’re in an environment where we feel they can get better, that’s what we look at. I know his coaching staff very well, I know the league he plays in and think this will help him continue to get better if that’s ultimately the final decision he makes.”

Johnson, who was drafted by ex-GM Jason Botterill, might see limited opportunities in Buffalo’s organization. The Sabres have six NHL defensemen 25 or under.

Last month, Sabres goalie prospect Erik Portillo, the 67th pick in 2019, announced he will be returning to Michigan for his junior season.