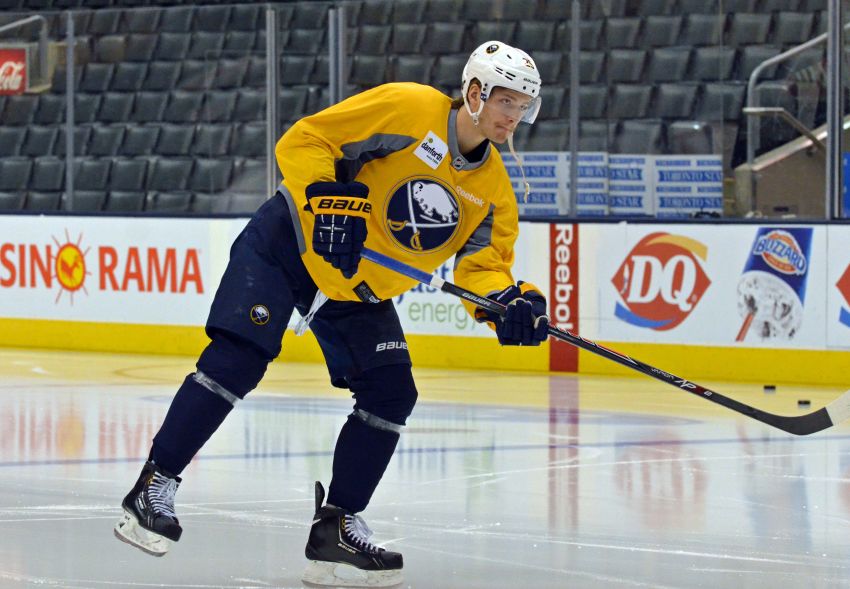 “I can’t be sitting in the press box. I need to play,” Grigorenko said Thursday morning inside the First Niagara Center. “Everybody understands this.”

Luckily, the Sabres’ new regime understands how vital ice time is to Grigorenko’s maturation, so the team’s letting the 19-year-old center play for Russian at the upcoming world junior championship in Sweden.

“I think it’s going to be great for me because I’m not getting enough ice time,” said Grigorenko, a healthy scratch the last three games and six of the last nine. “So I’m frustrated.”

Grigorenko leaves Sunday on the same flight from Toronto with his close friend Nikita Zadorov, another Sabres prospect on the Russian roster.

“It’s a really good opportunity because it’s a really good level there,” said an excited Grigorenko, who sat out Thursday’s 3-1 loss to the New York Rangers. “(It’s) probably not as good as he NHL, but I would say it’s close. So it’s going to be really good for me.”

The Sabres have been searching for a place for Grigorenko to play since the NHL rejected his conditioning assignment to the AHL on Nov. 20.

“If history teaches us anything, it’s players have to play,” interim Sabres coach Ted Nolan said. “I’ve never seen too many people develop without playing. He has to play, and this way we give him a great opportunity to do so.”

Grigorenko has four goals and 11 points in 13 world junior games over the past two years.

“I’ll play a lot, big minutes,” Grigorenko said. “So it’s going to be a really good experience for me.”

He added: “I’m really excited. I can’t wait to go there and meet all my friends and start preparation for the world juniors. It’s a big tournament for us. We have all the chances to win the gold.”

But where will Grigorenko, the 12th overall pick in 2012, go after the tournament ends in early January? It seems unlikely the Sabres will suddenly start playing him.

The Quebec Major Junior Hockey League’s trade deadline is Jan. 7. Teams can add more imports after that. Grigorenko’s old team, the Quebec Remparts, already has two, the league limit. Perhaps the Sabres will consider sending him there when he returns.

Attitude, Nolan said, “is everything.”

It was just a one-day assignment to get McNabb some work.

Nolan had said McNabb would only sit once, but the Sabres fielded the same lineup Saturday following their 3-2 overtime win against Toronto.

The Sabres placed Sulzer on injured reserve to create room for forward Cody McCormick, who returned from a four-game absence. Brian Flynn was scratched.