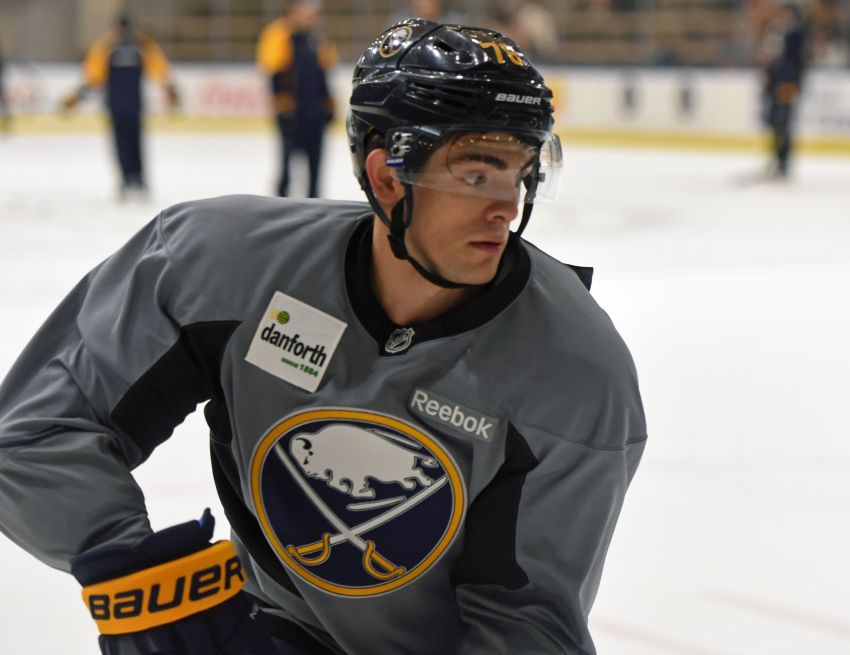 BUFFALO – For about 20 minutes Tuesday morning, as defenseman Michael Campoli stayed motionless on the ice, the 1,000 or so fans inside HarborCenter watching a three-on-three Sabres prospects tournament barely made a sound.

Campoli, an invite to development camp, had just been hit into the boards by winger William Carrier. The defenseman managed to get up but stumbled and fell down again.

Medical personnel eventually stabilized Campoli’s neck and stretchered him off the ice in an upright position as the crowd erupted in applause. An ambulance transported Campoli to a local hospital.

The games then resumed, a sign the Sabres knew Campoli would be OK.

Hours later, after camp ended and general manager Tim Murray gave an encouraging update, Campoli tweeted he had been released from the hospital and was “feeling good.”

“He was obviously speaking and joking a little bit and he was moving his extremities a little bit,” Murray said before Campoli was released.

“I thought it could have been a touch more competitive,” he said. “Maybe we have a lot of young guys who thought it was like shinny or a scrimmage.”

Campoli, 18, has spent the last three seasons playing for the U.S. National program.