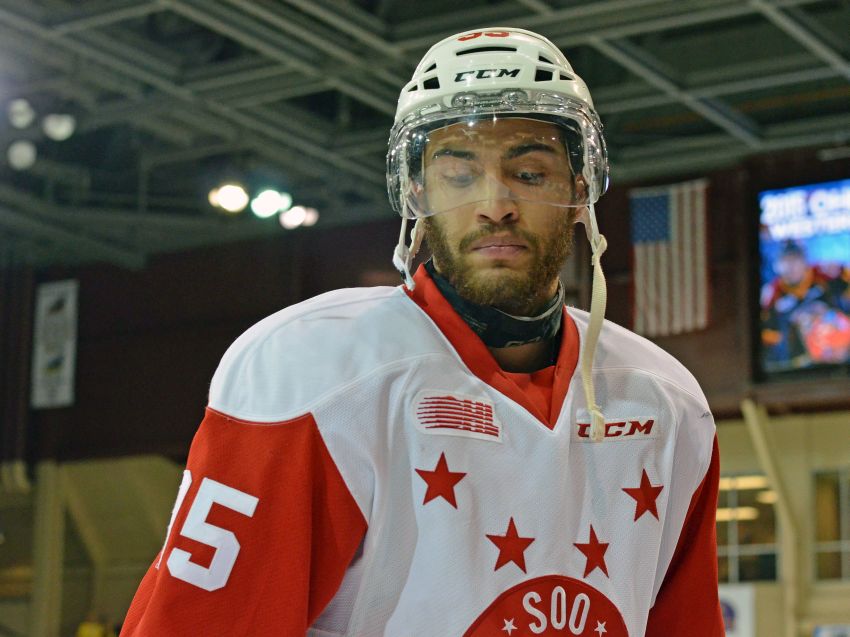 BUFFALO – Sabres prospect Justin Bailey had known for months the rebuilding Kitchener Rangers would likely try to trade him to an Ontario Hockey League contender.

Still, when the team offered the youngster a deal to the powerhouse Sault Ste. Marie Greyhounds in early January, Bailey, who had a no-trade clause, wrestled with his decision.

“It was very, very difficult,” the high-scoring winger said Wednesday.

The 19-year-old Williamsville native loved playing in Kitchener, which is about two hours from Buffalo. The close proximity allowed his mother and grandparents to attend every Rangers home game. Bailey had also grown close to his billet family.

But those were all personal reasons, Bailey said. He wanted to make a hockey decision.

The Rangers gave Bailey until 2 p.m. to decide his future.

Bailey, the 52nd pick in 2013, decided to finish his junior career with the Greyhounds, a veteran team built to win a championship.

“It was special,” Bailey said about his 36-game run in Sault Ste. Marie. “In the (time) I was there, our coaching staff and the team as a whole, they made it an easy transition. We had a hell of a team.”

The Greyhounds lost only three-regular season games after adding Bailey. But following eight straight playoffs wins, superstar Connor McDavid and the Erie Otters blocked their path to the championship, beating them in a wild six-game OHL Western Conference final that ended Saturday.

The Otters had nine power-play goals in the series.

“In that series, five-on-five, I don’t think it was a question who the better team was,” Bailey said about the Greyhounds.

“In our end-of-the-year-meeting, I think we all knew we were probably the best team in the playoffs, and for us not to achieve that was definitely tough,” he said.

Incredibly, McDavid had eight goals and 19 points in the series.

“He does things where you all turn on the bench, you look at your teammate and you’re both like, ‘Wow, that was incredible,’” Bailey said about McDavid. “He definitely had his way with us.”

Bailey, who played on a line with Sabres prospect Jean Dupuy with the Greyhounds, had his way with opponents all season, scoring 34 goals and 69 points in 57 regular-season games.

Bailey scored 14 goals in his first 17 games. The Sabres rewarded his scorching start Nov. 2, signing him to a three-year, entry-level contract. He’ll start his professional career next season, most likely with the Rochester Americans.

An ankle injury sidelined him most of March, but he kept producing in the playoffs, compiling seven goals and 14 points in 14 contests.

But Bailey believes “numbers are numbers.”

“You can be a player that puts up great junior numbers and goes to the next level and doesn’t succeed,” he said.

That’s why Bailey, who embraced a more defensive role later in his junior career, feels ready for pro hockey.

“I was able to still produce in the playoffs while shutting down the other team’s top line,” he said. “I think for me it’s been a learning curve. The numbers were great and it’s great to score. But I think there’s little things about my game that are holding me back from playing at the NHL level.

“I think everybody knows I can score. It’s those other things that I needed to round out my game with, and I think I added a lot of those to my game this season.”