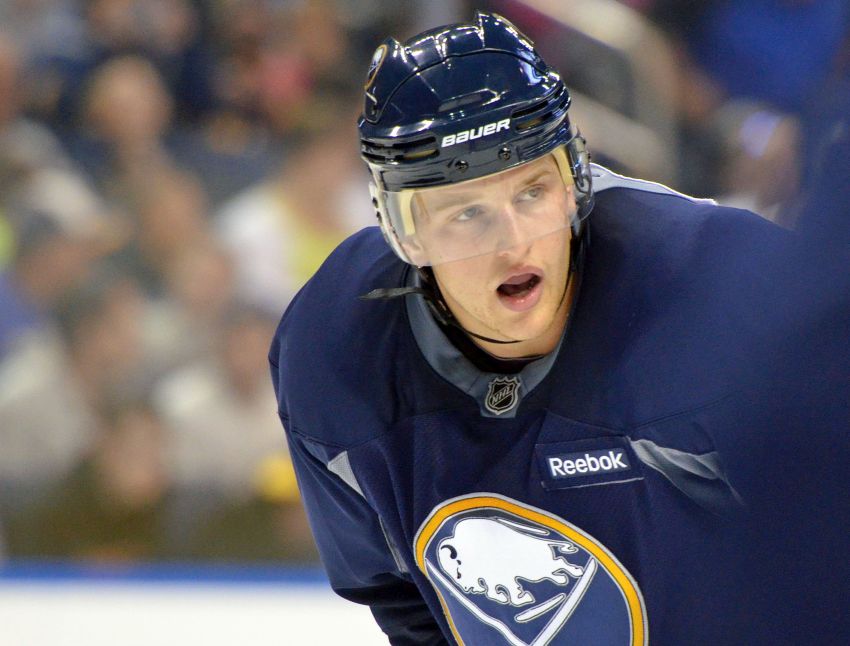 “A lot of teams were saying, ‘What kind of role are you?’” the winger recalled Monday following the first session of development camp inside the First Niagara Center. “I wasn’t really sure. They were like, ‘Come on, you need to pick a role.’”

Shortly after the talks, the Los Angeles Kings picked the 6-foot-2, 212-pound Fasching in the fourth round, 118th overall. Some had the Minnesota native pegged as an earlier selection.

“I fell quite a bit there,” the 18-year-old said. “So I was like I need to finally figure that out there.”

Looking back, Fasching, who just finished his freshman year at the University of Minnesota, believes he lost touch with his game “a little bit” in 2012-13, a season he spent with the U.S. national development program.

“I hadn’t really decided what kind of player I wanted to be,” he said.

So when Fasching entered college, he focused on becoming a power forward.

“I tried to use my body and stopped making quite as many skill plays, just kind of play my game a little bit more,” he said.

By March, when the Sabres dealt the Kings two second-round picks and defenseman Brayden McNabb for Fasching and winger Nick Deslauriers, his stock had skyrocketed.

“I just kind of found my game a little bit,” Fasching said.

How did Fasching find out about the trade?

“One of my teammates put a text in a group chat of a picture of, ‘Rumors of Fasching being traded,’” he said.

Leaving the Kings, the NHL’s model franchise these days, for the rebuilding Sabres wasn’t difficult.

“I was excited,” Fasching said. “It was kind of out of the blue. Being a college player, you don’t think about being traded very much. So it was definitely a surprise, but a happy one.”

Fasching called the Sabres “an up and coming organization.” Seven first-round picks are in camp. He thinks the prospects have the work ethic to compliment their skills.

“That’s really encouraging to see,” he said. “A lot of times you see guys that get drafted in the first round. They’re like, ‘Oh, I’m a first-rounder now. I don’t have to work.’ But there’s first-rounders, second-rounders out there that are working hard.”

While it’s unlikely Fasching will use all four years of his eligibility, he’s returning to Minnesota next season.

“We got a really good team going forward,” he said. “We didn’t lose a lot of guys from this year. … I want to make a run and try to win a national championship. So I think that’s something important to me. College hockey, it’s fun. It’s a good league. I think it has more to give to me still.”