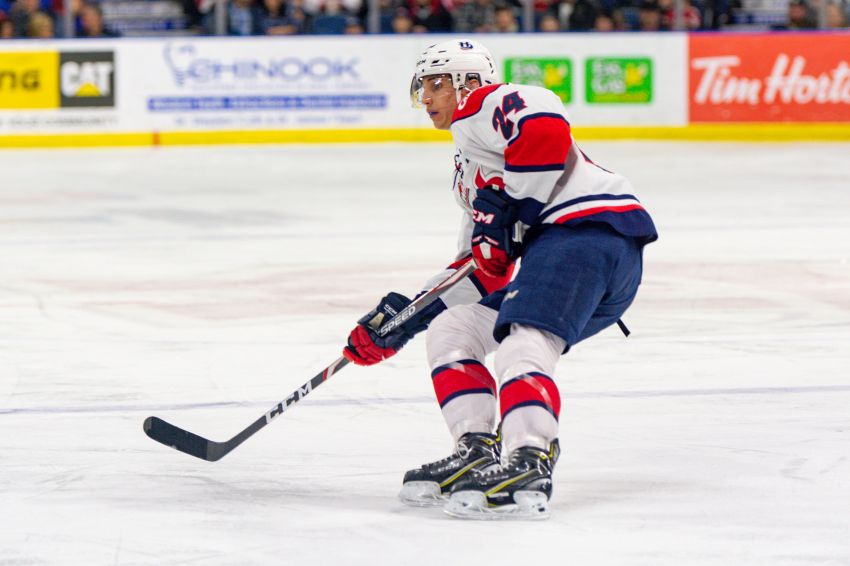 After Cozens got up from the ice, he removed his left glove and examined his thumb, which was bent awkwardly. He then skated off the ice.

Update: Cozens said he’s “not concerned” about his thumb, which isn’t broken.

“It’s good,” he said. “I saw the videos and stuff. I think it looked a lot worse than it really was. I’m seeing a specialist Monday. Right when it happened, I wanted to get right back out there.”

Cozens kept his hand in his pockets during his chat with the media. He appeared to have a splint on his thumb.

Sabres general manager Jason Botterill had no update on Cozens, other than saying he was being reevaluated by doctors.

The crowd inside Harborcenter, of course, probably wanted to watch Cozens, a center the Sabres drafted seventh overall last week, more than any other prospect in camp.