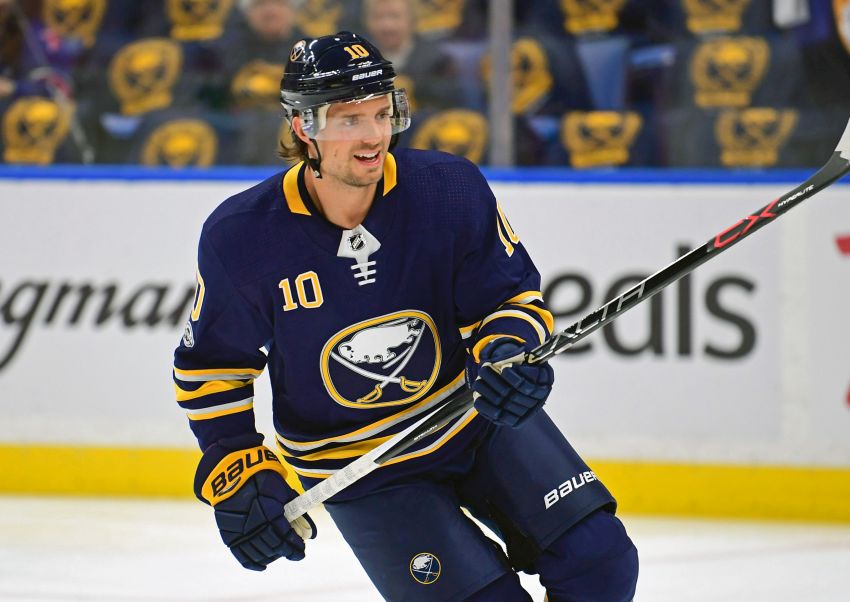 So for perhaps the first time this season, the Sabres ended this morning’s practice with six skaters zooming up and down the ice inside KeyBank Center.

The Sabres lost in overtime Friday, falling 5-4 when Carolina scored seconds after winger Evander Kane missed a breakaway at the other end.

Overall, the Sabres are a wretched 1-6 in overtime this season.

Three-on-three, of course, is wild. The extra ice changes the game dramatically. Shooting the puck usually results in a turnover. Players constantly get caught out of position.

“It went really well,” Housley of the practice. “I think it really recognizes when we’re getting in bad areas of the ice or the wall on the boards and we’re getting squeezed to keep possession. (We) recognized a couple things when we did go the other way on a two-on-one with the third guy … reading the play and maybe staying off and let the two-on-one play develop in case there was a shot that missed the net we have some safety back there.”

Housley changed some combos in Friday’s 5-4 overtime loss to Carolina, breaking up Kane and Jack Eichel. Still, he doesn’t want to tinker too much.

“We haven’t had the results, but we’ve had the opportunities,” he said. “You got to be careful about changing too much.”

“It always happens in hockey, where you’re getting the grade-A plus look and it … turns around the other way and you’re picking it out of your net,” Housley said.

In other news, Sabres center Jacob Josefson, out the last nine games with an ankle injury, could play later this week.