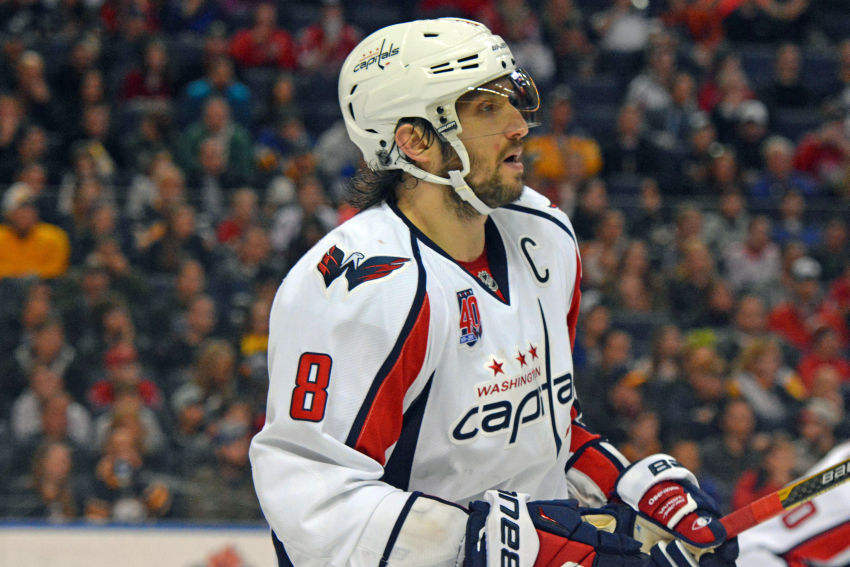 BUFFALO – At some points this season, the Sabres’ power play was their backbone, generating critical goals when they couldn’t score five-on-five.

But these days, the Sabres are awful on the man advantage. After going scoreless in three opportunities in Monday’s chippy 2-0 loss to the Washington Capitals before a sellout crowd of 19,070 fans inside the First Niagara Center, the Sabres have converted zero of their last 17 chances over the past six games.

The power play, not surprisingly, has become perhaps the Sabres’ greatest source of frustration.

The units squandered opportunities against the Capitals, the NHL’s hottest team, looking ugly and disjointed. They couldn’t even set up in the zone and mustered only two shots on net.

“I think it was a big part of the game,” Sabres coach Dan Bylsma said. “We had the three power plays, easily could’ve used them to get back into the game in the second period with the ones we had there and the one in the third period.

“The execution and the ability to score the goal wasn’t there. I think there was some frustration in our team in the fact that we couldn’t come through with what we needed to on that power play.”

Despite the awful run, the Sabres’ power play still ranks 12th overall, accounting for 22 of their 84 goals (26.2 percent).

“Our power play early on was a difference-maker for us,” Sabres defenseman Cody Franson said. “We were able to stay in games or go ahead in games with our power play.”

Overall, the Sabres’ 17th regulation loss this season wasn’t a total dud. They outshot the Capitals 31-26. But some strong saves from goalie Braden Holtby, including a nifty glove stop on Evander Kane in close with one minute left, secured the Capitals’ eighth straight win and 15th triumph in their last 17 games (15-1-1).

Two lapses burned the Sabres. First, superstar Alex Ovechkin got loose in front and scored his 493rd NHL goal 19 seconds into the second period. Jay Beagle then sealed the game at 12:55, capitalizing on a bounce off the end boards after struggling Sabres winger Tyler Ennis gave the puck away.

“We gave them those opportunities,” Bylsma said. “Yes, the margin for error is tiny and small and I felt like in the game, they get the goal right at the beginning of the second period so they get up there, but we didn’t give them a lot. What they got we gave them and they’re big plays for us. That is the mark against a good team.”

Sabres winger Sam Reinhart added: “I think they showed why they’re one of the best teams in the league if not the best.”

Ennis almost made amends, barreling to a loose puck in front with 4:10 left and knocking it past Holtby as the two made helmet-to-helmet contact. But officials ruled Ennis interfered with Holtby.

Bylsma wasn’t sure if he could challenge the play. Nonetheless, he did and the officials reviewed it.

“I’m not really sure they can overturn it with the review, but with four minutes left to go in the game I was going to take every opportunity I could to do it,” he said. “The call he made on the ice stood and it really doesn’t matter if I agree with it or not.”

The teams meet again Wednesday, and it could be a spirited tilt. Nick Deslauriers fought Washington’s Michael Latta after his hit bloodied Justin Williams. In the waning minutes, Ovechkin hit Josh Gorges from behind into the boards.