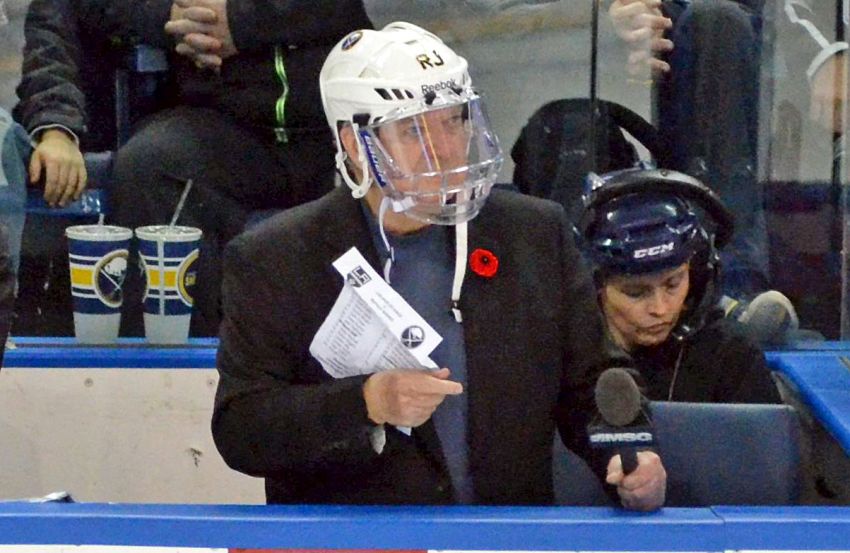 BUFFALO – Whenever Patrick Kaleta needs to “get pumped up,” the Sabres winger goes to Youbtube.com and listens to legendary play-by-play man Rick Jeanneret call some famous goals.

“He makes the game so exciting,” the Angola native said this afternoon inside the First Niagara Center. “It is one of the best, if not the best thing about being a Sabre is hearing your name called by Rick Jeanneret. I still get chills listening to some of stuff on YouTube. …

“I’m just happy and privileged to have my name called by him.”

Kaleta’s name will be called again by Jeanneret on Saturday. The Sabres announced earlier today Jeanneret, who said one week ago he’s cancer-free, will call the first period of the Saturday’s tilt against the Toronto Maple Leafs.

Jeanneret announced in July he was battling throat cancer.

“How special it is to hear your name called by the famous Rick Jeanneret, true role model in what he’s gone through and what he’s battled,” Kaleta said. “When I was younger, I used to turn the radio on – no offense to the TV guys.”

Check back later for more reaction on Jeanneret’s return.