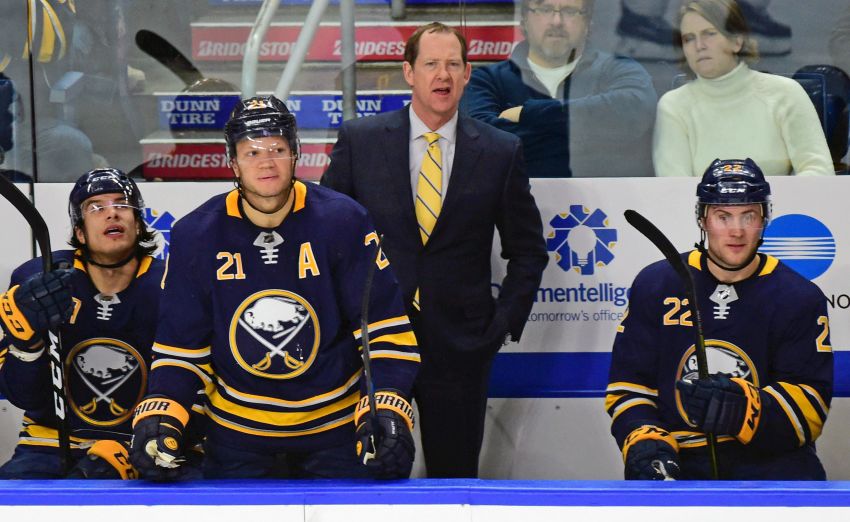 The Sabres coach, a Hall of Fame defenseman, represented his country at tournaments 11 times during his playing career, including one Olympics, the 2002 Salt Lake City Games. Housley has also coached Team USA at six tournaments, winning a gold medal at the 2013 World Junior Championship.

So Housley will be watching the Pyeongchang Games, the first Olympics without NHL players since 1994, this month. Team USA plays its first game next Wednesday against Slovenia.

“We’re putting a team together without NHL players,” Housley said. “You might want to think the Russians or the European teams might have a little bit of an edge because they have their groups together before they’re heading into the Olympics.”

Former Sabres captain Brian Gionta, 39, is on Team USA. So is Sabres prospect Will Borgen, 21, a junior defenseman at St. Cloud State.

“He’s had solid season,” Housley said of Borgen. “The scouts that have watched him have really good praise for him.”

Housley, 53, said he played with Gionta at the 2000 World Championship.

In other news, the Sabres, fresh off Tuesday’s 4-3 overtime loss to Anaheim, held an optional practice this morning inside KeyBank Center.

Housley said defenseman Jake McCabe, who left Tuesday’s game with an upper-body injury after blocking a shot, was being evaluated early this afternoon, so he didn’t have an update.