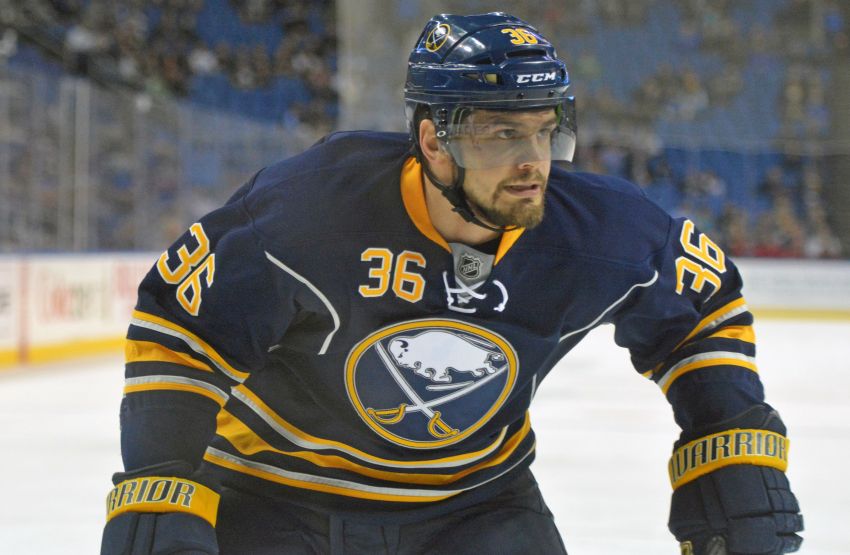 “Hey, if that’s what it takes to win a fight, then that’s what happens,” he said Tuesday after the Sabres practiced in HarborCenter.

But Kaleta skated Tuesday with a swollen right eye and a large cut. His leg is fine. He’s ready to face the Tampa Bay Lightning tonight.

“He’s a tough man,” Sabres coach Ted Nolan said about Kaleta. “I mean, the way he went into the boards and the way he went down, we thought for sure he was going to be out for a while. Then all of sudden, we come into the room a couple hours later he’s got a little smirk back on his face. He says, ‘I’ll be ready to go.’”

Defenseman Rasmus Ristolainen (sick) is still sidelined. Center Torrey Mitchell, out the last six games after blocking a shot with his foot, is still limping and out “another little while,” Nolan said.

Meanwhile, defenseman Josh Gorges and Mike Weber both had maintenance days Tuesday and will play tonight. Nolan said the Sabres could make a lineup change. Goalie Jhonas Enroth is expected to start again.