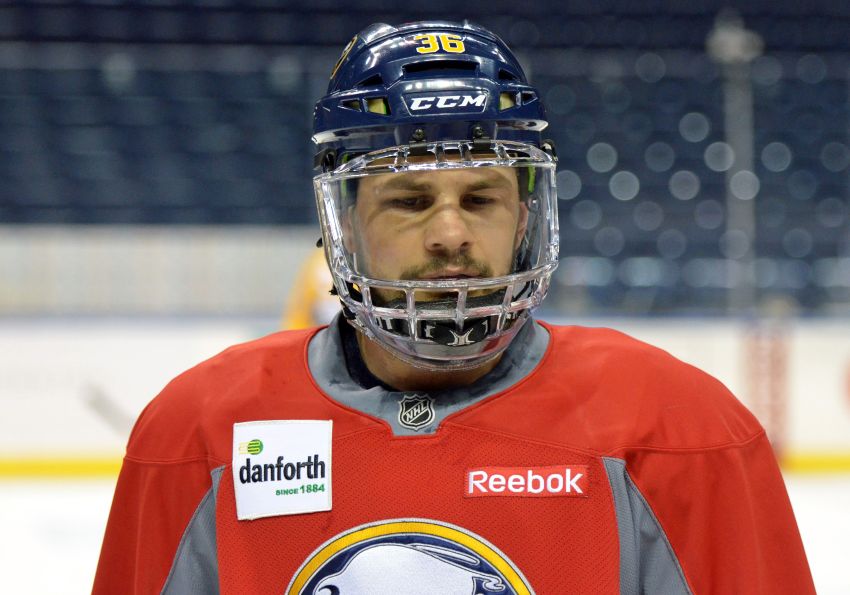 “They have to cut through all those muscles, so it’s almost like my muscles get tired out a bit,” Kaleta said prior to Friday’s 3-2 loss to the Edmonton Oilers inside the First Niagara Center.

Benoit had zero points and minus-9 rating in 12 games.

“He’s got some offensive flair to get game,” Sabres coach Ted Nolan said. “I thought early he took too many chances offensively. I think he was trying too hard. So now he has a chance to sit back and reflect on that a little bit.

Meanwhile, winger Marcus Foligno skated Friday morning but missed his third straight game. Foligno said his left shoulder got jammed into the boards trying to dump a puck in Saturday in Pittsburgh. It’s not the shoulder he hurt last season.