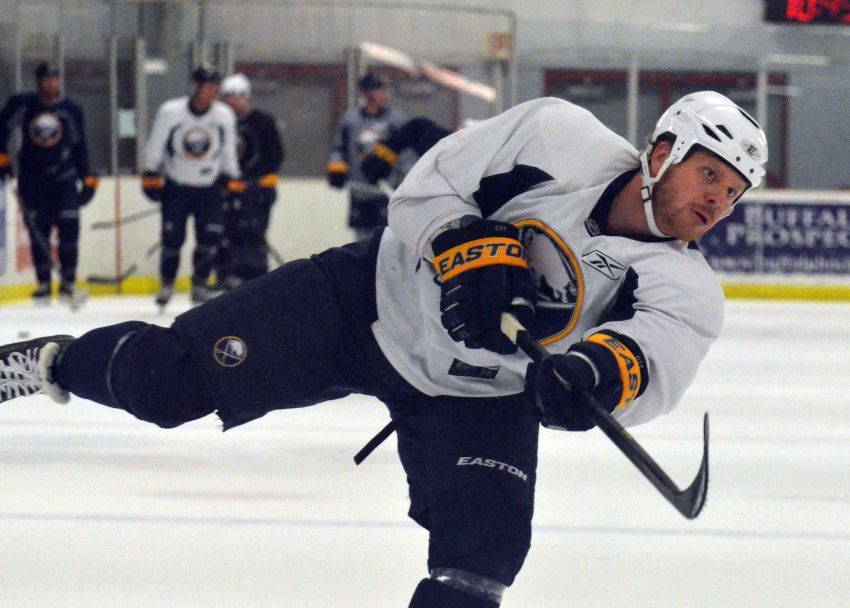 BUFFALO – I just chatted with outspoken Sabres winger Steve Ott moments before the NHL canceled games through Dec. 14. Ott’s been a pretty vocal critic of the lockout, and he didn’t mince words today.

On the NHL losing its place on the sporting landscape:

“The NHL (is) falling into almost a second-tier league compared to the NBA, NFL and Major League Baseball. I think they’re starting to accomplish taking hockey to a second-tier league, which is extremely disappointing because I am such a big fan of the NHL.”

On if the NHL is killing the game right now:

“Completely, if I’m a fan of hockey, I’d be completely pissed off. I’d be beyond pissed off. What is this … four work stoppages in the last 20 years? When is it going to be solidified like we thought, quote, from Gary last time when he got his deal in (’05)? … And now that deal’s not good enough.

“When does it stop? Where does it work out?”

On decertification of the NHL Players’ Association, something Sabres goalie Ryan Miller supports:

“I don’t know enough about decertification yet. Once I get up to speed with all how that works. … If we have to go that stance, I’m for anything that gets us back on the ice.”

“I’m disappointed at him as a professional athlete in where he stands. It’s disappointing to the rest of the membership that a guy like that who’s played that amount of years in the NHL.”