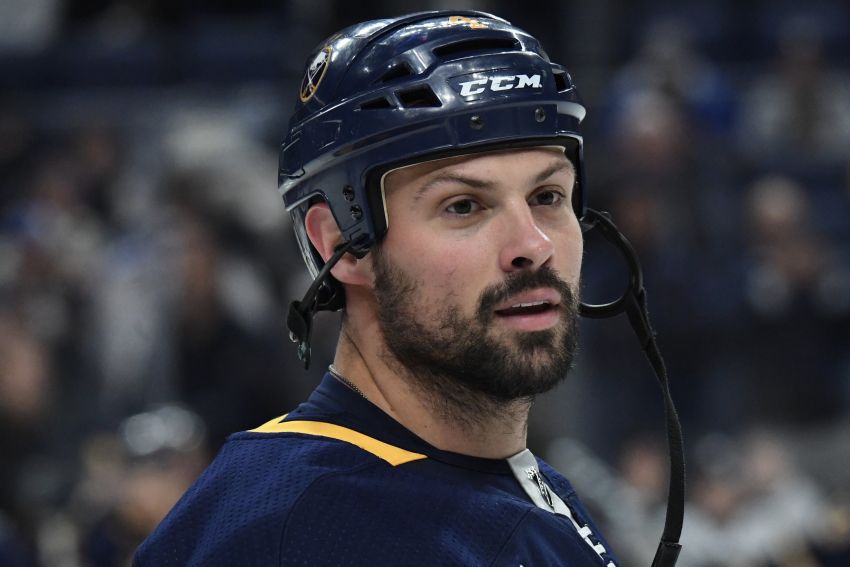 BUFFALO – Sabres defenseman Zach Bogosian, a healthy scratch for Thursday’s 4-3 win over the Nashville Predators, has requested a trade, according to TSN’s Darren Dreger.

Right now, the Sabres have eight healthy, established defensemen, meaning at least one must sit out every game. Rasmus Dahlin returned Thursday following an eight-game absence (concussion) and dressed as the seventh defender.

“We have eight that we feel very comfortable in and it’s just a mix and having different looks,” Sabres coach Ralph Krueger said Thursday morning inside KeyBank Center. “I think everybody’s participating in a really good way. There is a defending by committee situation going on here and we like the way the defensive corps is playing.

Following the game, Krueger said he doesn’t know if Bogosian requested a trade.

“The NHL’s a place that’s full of news that spreads around, sometimes right, sometimes wrong,” he said. “It doesn’t interest me at all, the noise. You know that. We’re keeping the picture really small.”

The Sabres have often dressed a seventh defenseman during the past month. Still, a notable name has regularly been scratched. On Thursday, it was Bogosian’s turn.

Bogosian, the third overall pick by the Atlanta Thrashers in 2008, has battled injuries since the Sabres acquired him in February 2015, never playing more than 64 games in a season. He also underwent hip surgery on his other hip early in 2018.

The Massena native has compiled 52 goals, 192 points and 553 penalty minutes in 627 career games. He has never played an NHL playoff game.

With seven defensemen in the lineup, the Sabres had to scratch an extra forward, so struggling center Casey Mittelstadt sat out for the second time in three games. Winger Conor Sheary, meanwhile, was benched for the second straight contest.

Sheary has scored just two goals in his last 23 outings.

“Conor’s personality is a sparkplug,” Krueger said. “When he has a good game, he’s a sparkplug and he adds energy and he adds pressure on the opposition with his forecheck and his tenacity of getting pucks. He just has to continue to build on that and do that in combination with what we need from the forwards without the puck and how we want to pressure and position ourselves all the way through the zones.”

When winger Tage Thompson suffered an upper-body in the his season debut Nov. 17, the Sabres said he would be sidelined three to five weeks.

The Sabres listed the same timetable for Thompson in the injury report they released Thursday.

“It’s a long, grinding process and the end date is still unclear because we’re still a few weeks away from that next state in assessment, so I’d say in about 10 days to two weeks we’ll know more on this initial phase of recovery and where it then goes,” Krueger said. “The timeline is still very truly unknown at this moment.”

Thompson has missed the last 13 games.